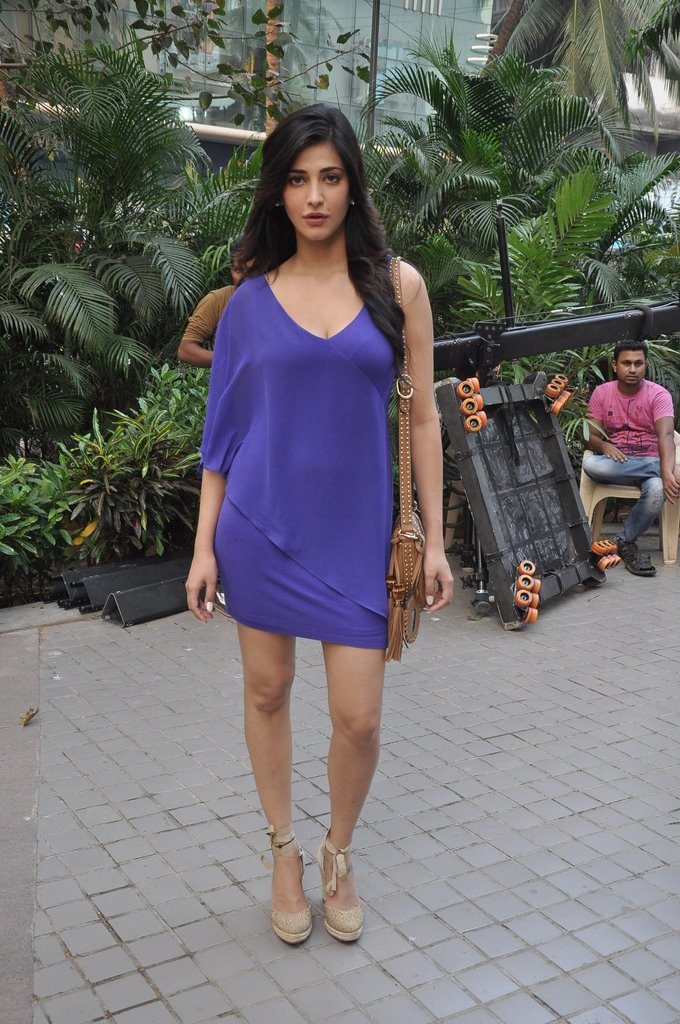 BollywoodGaram.com: Stars Shruti Haasan and John Abraham were spotted on the ‘Welcome Back’ sets in Mumbai on December 2, 2013. On the sets, Shruti was seen in a purple dress, while John was dressed casually.

The upcoming movie ‘Welcome Back’ is the sequel to ‘Welcome’, which was released in 2007 and starred Akshay Kumar and Katrina Kaif. Stars from the first movie – Nana Patekar, Anil Kapoor and Paresh Rawal – will be joining the new cast in the sequel.

The makers of the movie started shooting in August 2013. Earlier, the makers roped in Asin for the female lead, but due to scheduling conflicts she left the project, after which Shruti was roped in.