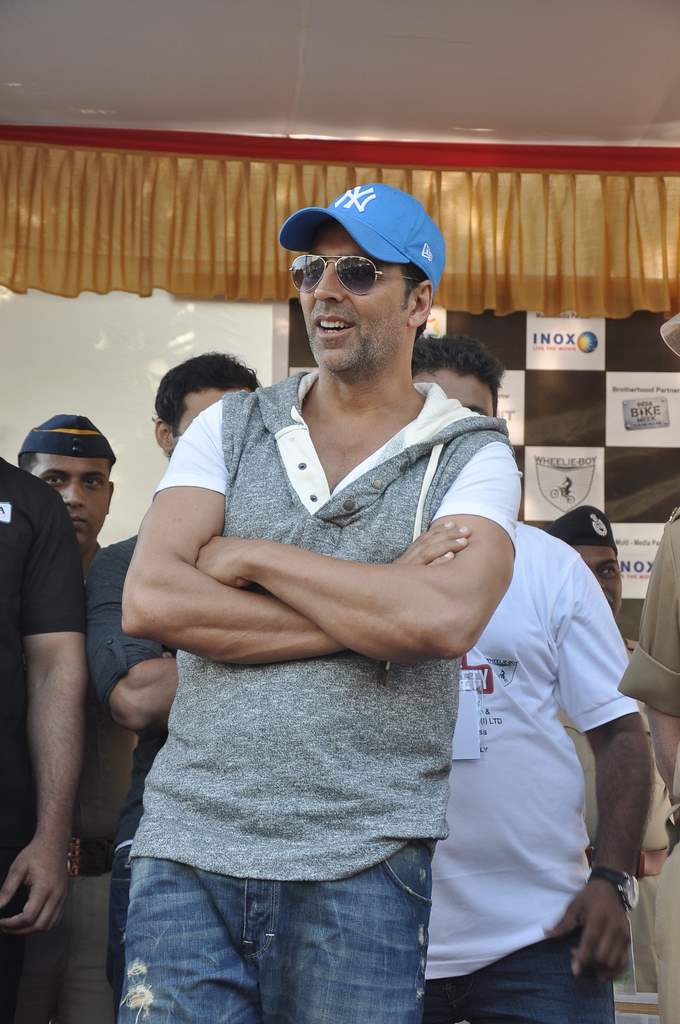 BollywoodGaram.com: Bollywood actor Akshay Kumar took part in the ‘Ride For Safety’ rally, which was held in Mumbai on December 8, 2013. The aim of the rally was to create awareness about the importance of wearing helmet while riding motorcycles.

While talking to the media, Akshay said, “If you value your life and your family, wear helmets and ride safe.” The event was also attended by the Deputy Police Commissioner Pratap Dighavkar who said that every year, about 1.50 lakh people die in accidents and 49 percent of them are motorcyclists.

Among those people who died in accidents, 70 percent of them lost their lives because they did not wear a helmet.