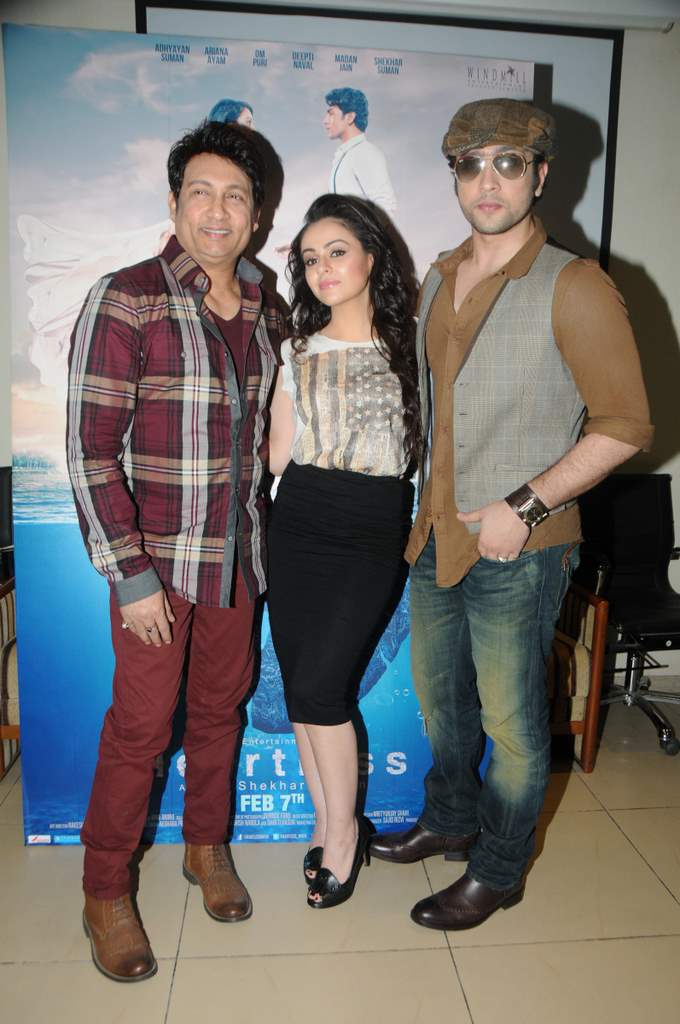 BollywoodGaram.com: TV host-turned-director Shekhar Suman – along with his ‘Heartless’ movie team, Adhyayan Suman and Ariana Ayam – unveiled the poster of the Thakur College’s festival Taarangan and talked to students about their upcoming movie ‘Heartless. The movie is a romantic thriller and might sweep the audience off their feet with its edgy subject.

College students interacted with Shekhar and the rest of the team, who also unveiled the trailer, which was appreciated by everyone. Adhyayan entertained the crowd with his singing and also enacted a scene from the movie. Meanwhile, debutant Ariana spoke with the audience with confidence and explained more about her role in the flick.

Regarding his visit, Shekhar said that he was amazed by the energy at Taarangan and their awareness about ‘Heartless’. Suman went on to say that it was nice to see Adhyayan where he belongs, while the girls screamed out his name and the way he got mobbed by them was an emotional moment for him.

The college festival will include 46 events, which will have street dancing, fashion show and band performances. Many celebrities from Bollywood and TV industry are expected to attend the festival in order to encourage the young talent. Both Adhyayan and Ariana were excited to be among the young audience to talk about their movie.