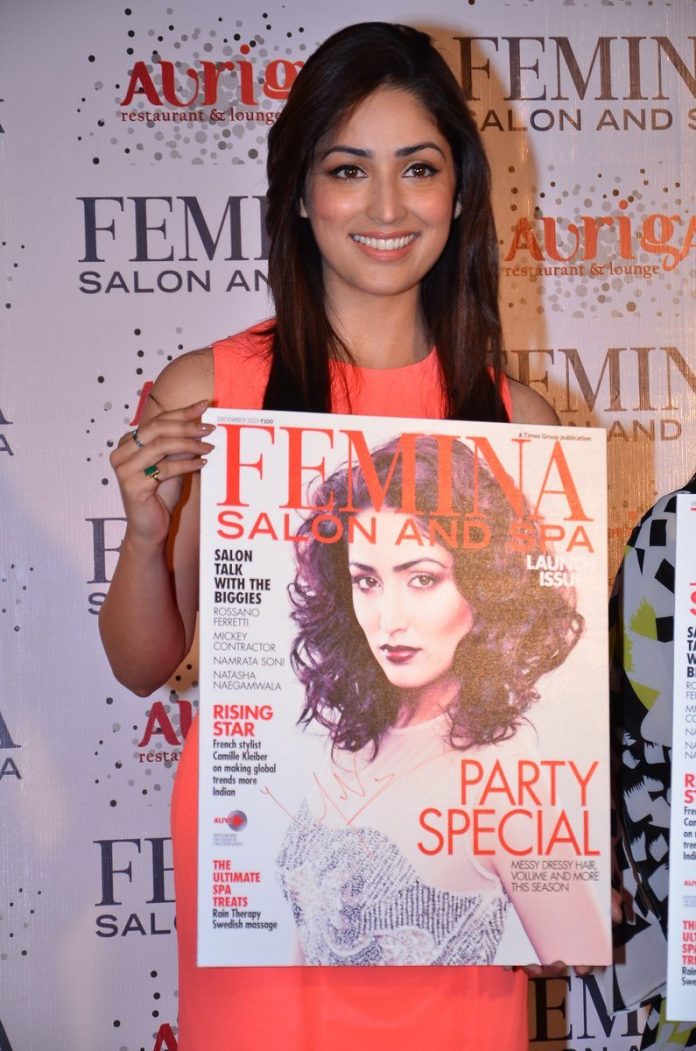 BollywoodGaram.com: Indian actress Yami Gautam attended the Femina Salon and Spa magazine cover launch at Famous Studios in Mumbai on December 10, 2013. The actress looked pretty in an orange outfit for the event.

During the launch, one of the reporters asked Yami if she still has to attend some events where she does not want to be, since she is now a celebrated actress. The ‘Vicky Donor’ actress replied, “I will be very honest, I don’t think you have seen me in too many parties.”

Gautam went on to say that she still makes choices regarding where she wants to be and where she does not want to be and that she has never been anywhere with a heavy heart.