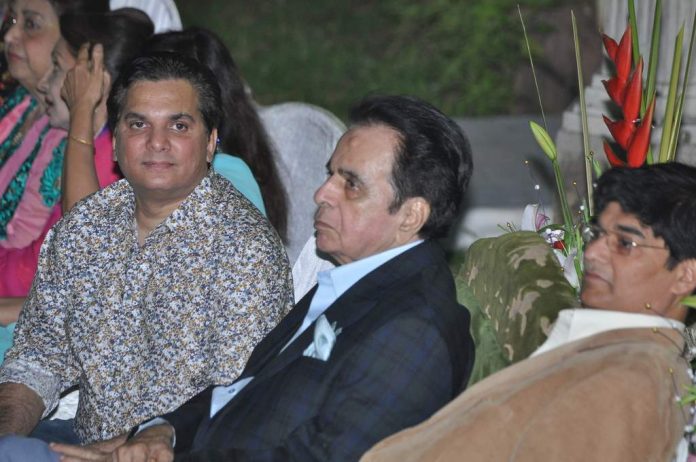 BollywoodGaram.com: Bollywood celebrities gathered for the veteran star Dilip Kumar’s birthday party at his residence in Mumbai on December 11, 2013. Dilip celebrated his 91st birthday and stars including Salim Khan, Rani Mukerji, Dharmendra, Helen, Asha Parekh and Subhash Ghai were among the attendees.

Dilip was accompanied by his wife Saira Banu. While talking to the media, Saira said, “It’s is just a small quiet dinner, and we want to enjoy it.”

The former actress also talked about Dilip’s autobiography and said that they were planning to launch it on his birthday, but since he was not feeling well in the past two months, the work has been put on hold.