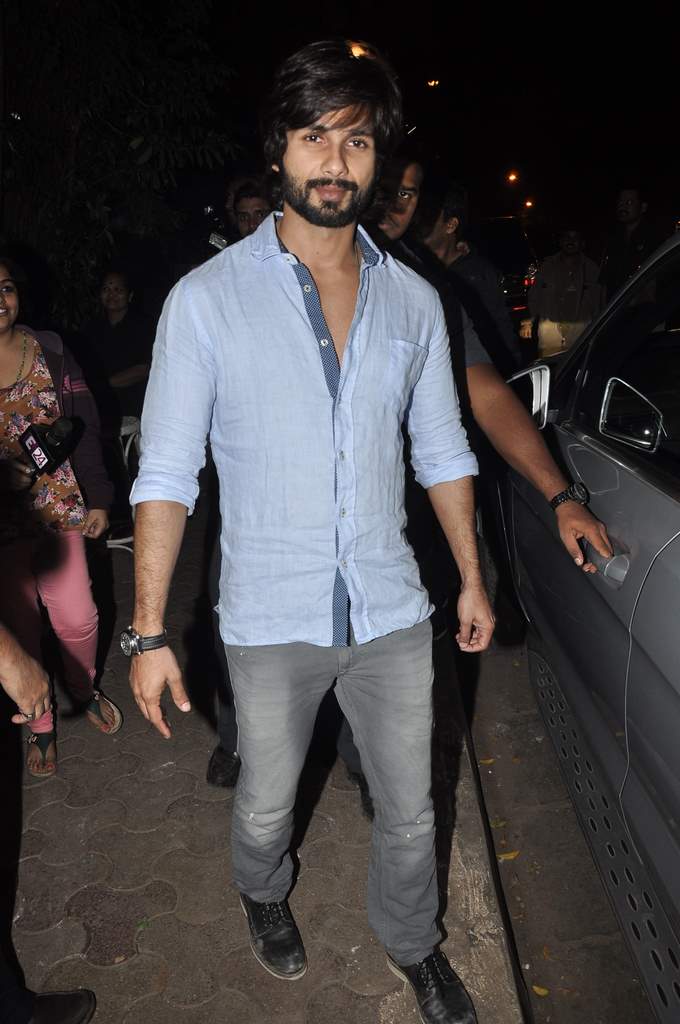 BollywoodGaram.com: Even celebrities need a break from their regular schedules. Shahid Kapoor and filmmaker Karan Johar were spotted partying together at Olive Bar and Kitchen in Bandra on December 17, 2013.

The ‘Jab We Met’ actor has every reason to celebrate, after the massive success of his movie ‘R…Rajkumar’, directed by Prabhu Deva. Reports say that the Sonakshi Sinha and Shahid Kapoor starrer movie has collected Rs. 61 crore at the Indian box office so far. TV actor Karishma Tanna and music composer Shekhar were also spotted at the party.

Shahid’s earlier release ‘Phata Poster Nikhla Hero’ failed to pick up at the box office, due to which it was essential for him to generate a hit.