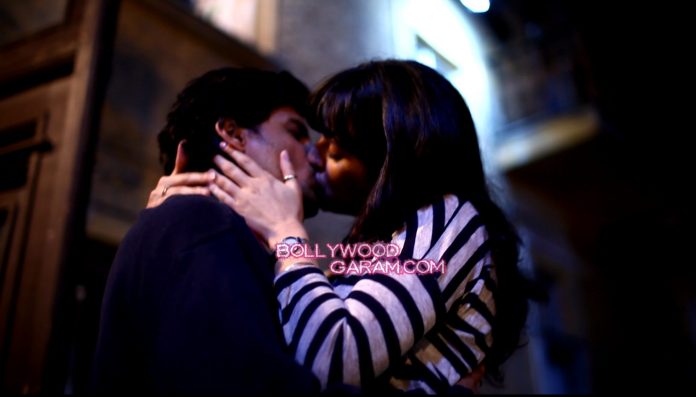 BollywoodGaram.com: German-Russian actress Elena Kazan is all set to appear in the upcoming movie ‘Prague’ in which the latest news making the round is that it will feature a blog scene with co-star Chandan Roya Sanyal.

The movie is expected to have many intimate scenes and is a psychological thriller which will entertain the audience. One of the scenes in the movie will be the newly disclosed lip lock scene between Elena and co-star Chandan Roy Sanyal. Initially, Elena was a bit apprehensive about the intimacy, but constant persuasion by director Ashish R. Shukla reportedly helped in a way to convince Elena to go ahead with shooting the scenes.

The actress understood that the scenes in question was very essential and vital for the story of the movie. The scene is among the very important scenes in the movie which allows affection between Elena and Chandan and continues throughout the movie with the main story. The entire crew is excited about the outcome of the movie.

Reports have stated that Prague has plenty of romance, twists and groovy tunes and  promises to be an out and out entertainer.

Chanan has earlier made his Bollywood debut with the movie ‘Rang De Basanti’, but his major role was in ‘Kaminey’, which helped him to come into the limelight.