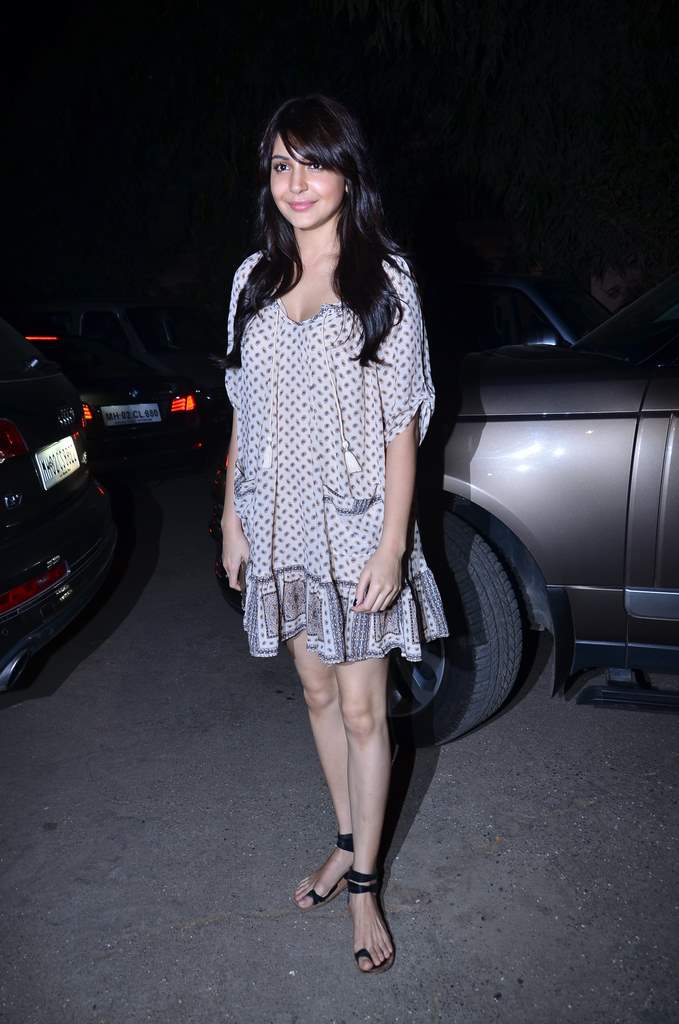 Before entering the theater, Anushka interacted with the media and said that she is happy to have the opportunity to watch the uncut and uncensored version of the movie. Ayan also expressed that he was super excited to watch the movie.

The movie is based on a true story of Jordan Belfort, from his rise to a wealthy stockbroker to his fall involving crime and corruption.