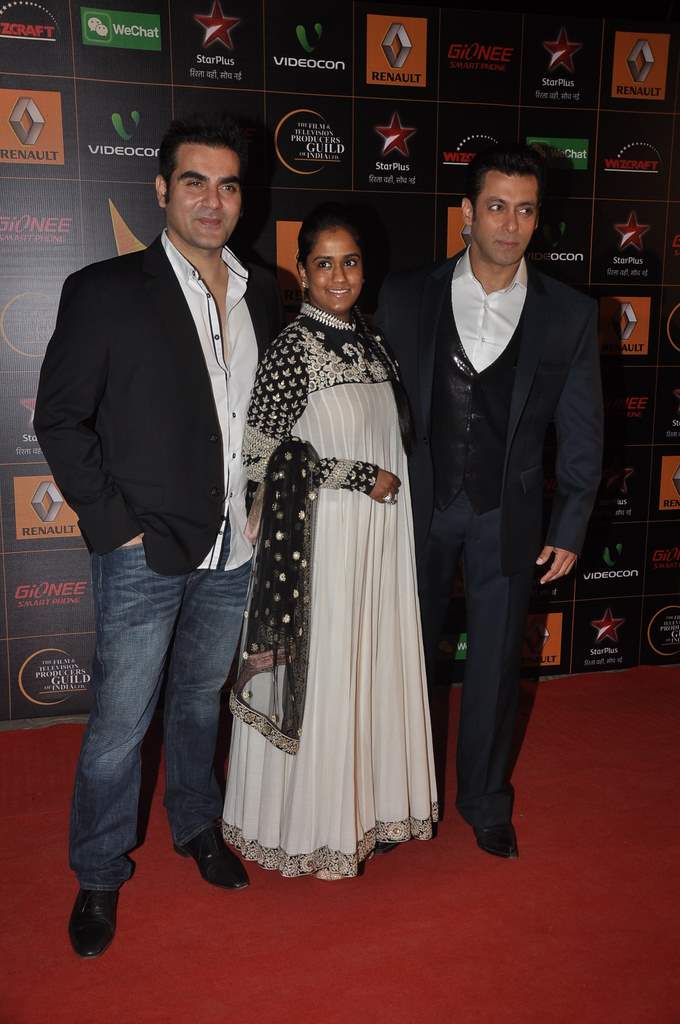 BollywoodGaram.com: Some of the biggest stars of Bollywood attended the 2014 Star Guild Awards on January 16, 2014. Some of the celebrities who were snapped at the event included Shraddha Kapoor, Sonakshi Sinha, Salman Khan, Shahrukh Khan, Deepika Padukone, Kareena Kapoor and Bipasha Basu.

Actor Nawazuddin Siddiqui claimed the Best Actor in a Supporting Role award for the movie ‘The Lunchbox’.