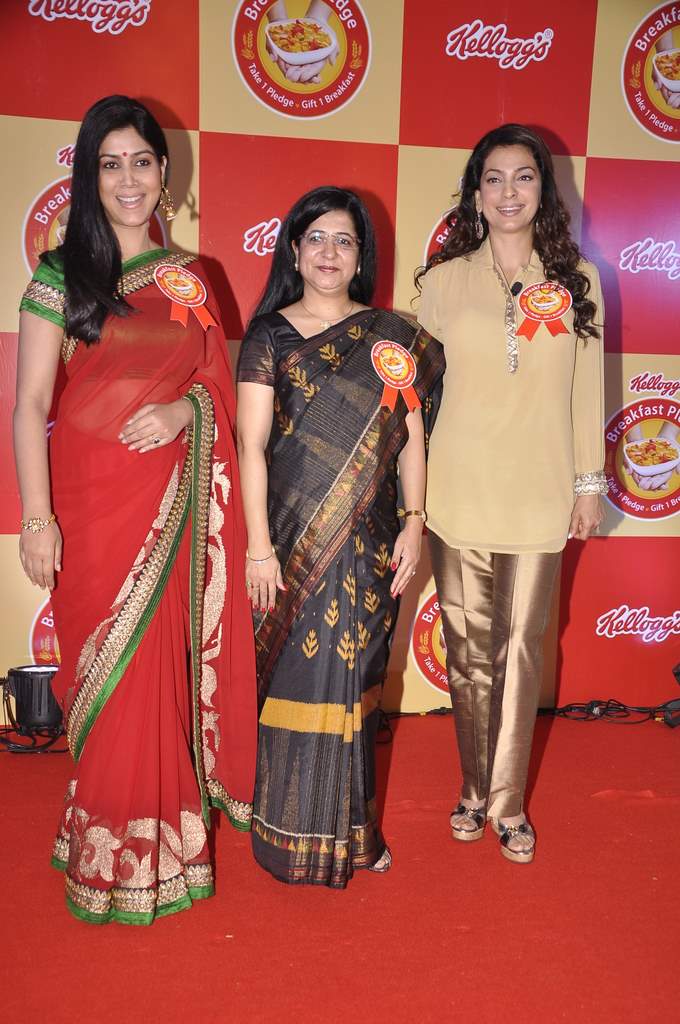 BollywoodGaram.com: TV actress Sakshi Tanwar and Bollywood actress Juhi Chawla attended the Kellogg’s Breakfast Pledge event which was held at Hotel Taj Mahal Palace in Mumbai on January 21, 2014. The world’s leading cereal company Kellogg’s has announced a new initiative in India to spread awareness about the importance of breakfast every day.

During the event, Juhi said that she has breakfast every day and that she was surprised when Kellogg’s study suggested that one out of four Indians do not have breakfast. The new initiative has been launched after the ‘India Breakfast Habits Study’, which was first unveiled in August 2013.

Through each pledge, every person will gift a breakfast to a child in order to help him or her realize the power of breakfast.