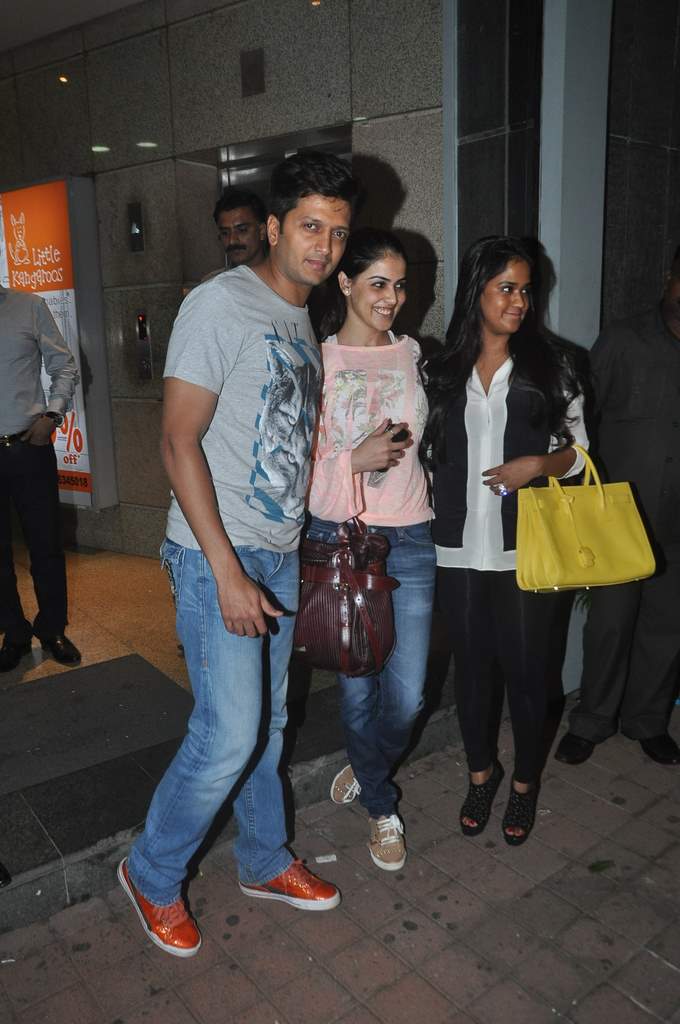 BollywoodGaram.com: Lead stars of the upcoming movie ‘Jai Ho’ – Salman Khan and Daisy Shah – were snapped promoting the flick at Mehboob Studios in Mumbai on January 23, 2014. The promotion event was also attended by Bruna Abdullah and Ashmit Patel.

The entire cast of the movie is busy promoting the flick which hits theaters on January 24, 2014. ‘Jai Ho’ is the much-awaited Salman Khan starrer movie which is a remake of the Telugu flick ‘Stalin’ and is produced and directed by Sohail Khan. The movie also stars Tabu, who will be seen playing the role of Salman’s sister.