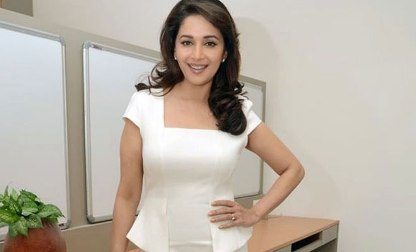 BollywoodGaram.com: The makers of the upcoming movie ‘Gulaab Gang’ have released the title track ‘Gulaabi’. The Bharat Shah movie stars Madhuri Dixit, who will be seen playing the role of Rajjo, the leader of the ‘Gulaab Gang’.

The movie is based on the group inspired by Sampat Pal’s ‘Gulaab Gang’, which fights against social injustice. The movie also has Juhi Chawla, who will be seen playing the role of a politician Sumitra Devi. The movie has been directed by debutant director Soumik Sen, who has also composed the music.

The title track features the two leading ladies, Madhuri and Juhi and the vocals have been given by Shilpa Rao and Malabika Brahma.