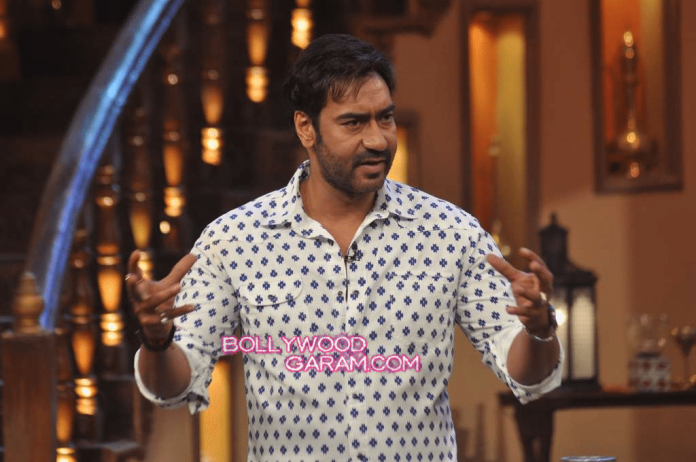 BollywoodGaram.com: After successfully hosting four seasons of the reality show ‘Bigg Boss’, rumors say that actor Salman Khan might not be available to host the upcoming eighth season. Instead of Salman, reports say that Bollywood actor Ajay Devgn might act as the host of the upcoming season.

Devgn says that he is unsure that – given a chance – he would be able to host the show as skillfully as the Bollywood superstar. Ajay was asked if he would accept to host the show, to which he said that he would not comment on it at the moment and added that he might or might not host the show.

The ‘Singham’ actor appreciated Salman’s way of hosting the show and said, “Salman does it so well… he is watchable. I don’t know if I can pull it off like Salman.” The actor went on to say that he did not watch all episodes, but has watched some of his episodes. Salman and Ajay are friends, as well as former co-stars. Together they have worked on movies like ‘Hum Dil De Chuke Sanam’ and ‘London Dreams’.

While talking about his friendship with Salman, the actor said that even rivals can be friends and earlier they used to meet everyone on each others’ sets.