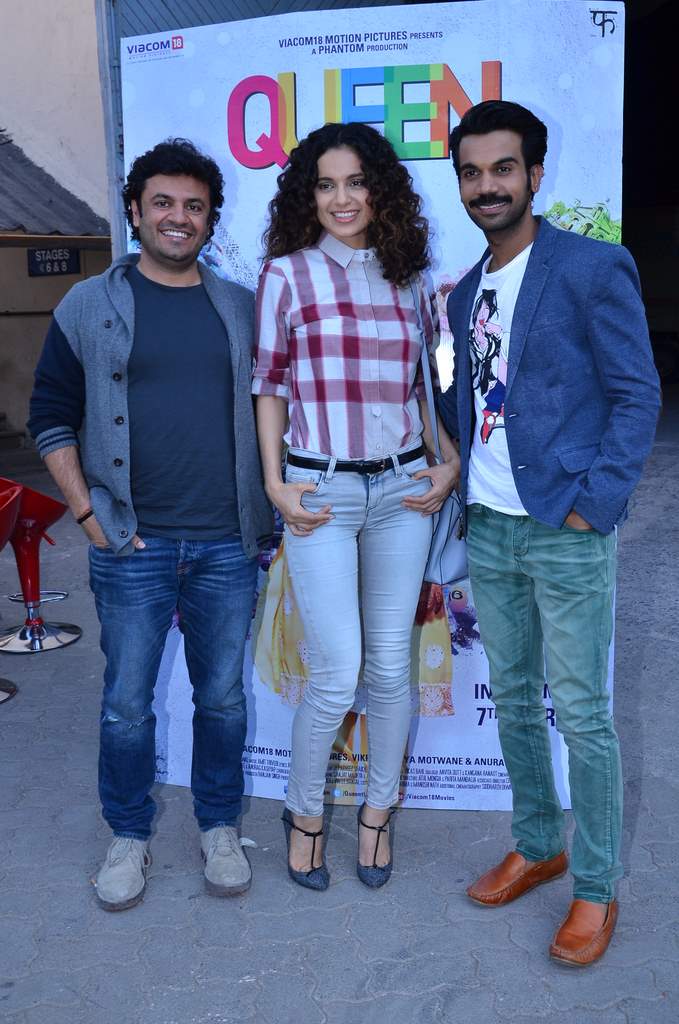 BollywoodGaram.com: Actors Kangna Ranaut and Rajkummar Rao, as well as director Vikas Bahl promoted their upcoming movie ‘Queen’ at Mehboob Studio in Bandra in Bandra on February 12, 2014. ‘Queen’ is all set to hit the theatres on March 7, 2014.

In the movie, Kangna will be seen playing the role of a 24-year-old Punjabi girl Rani, who stays in Delhi. Rani belongs to a conservative family and receives shocking news when her fiancé calls off their wedding. Instead of stressing out about her situation, Rani decides to move on and goes on her honeymoon alone.

The movie focuses on Rani as an individual and how she discovers herself during her trip.