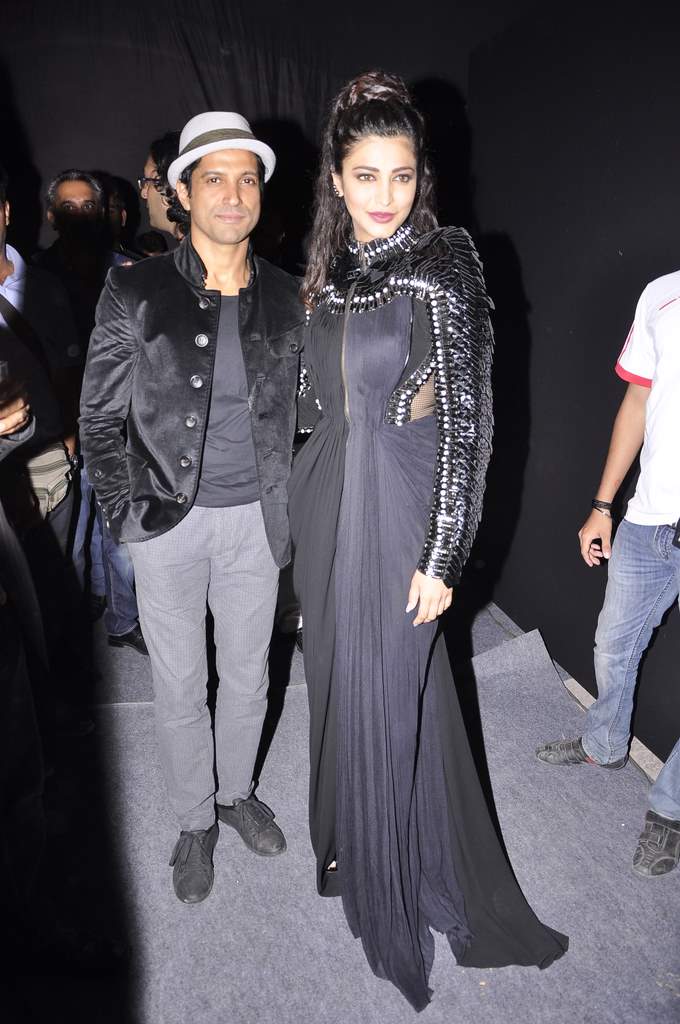 BollywoodGaram.com: Some of the leading playback singers and celebrities from Bollywood attended the Jack Daniels RollingStone Awards on February 21, 2014. Multi-talented actors Farhan Akhtar and Shruti Haasan made the event a memorable one.

Shruti had a unique presence at the event in a crocodile-patterned gown, while Farhan looked casual and cool in a ‘Dhoom 3’ hat. Singer Shibani Kashyap entertained the audience by wearing a short designer outfit for the awards. Indian rapper Hard Kaur also performed at the event and she appeared in a short black dress.