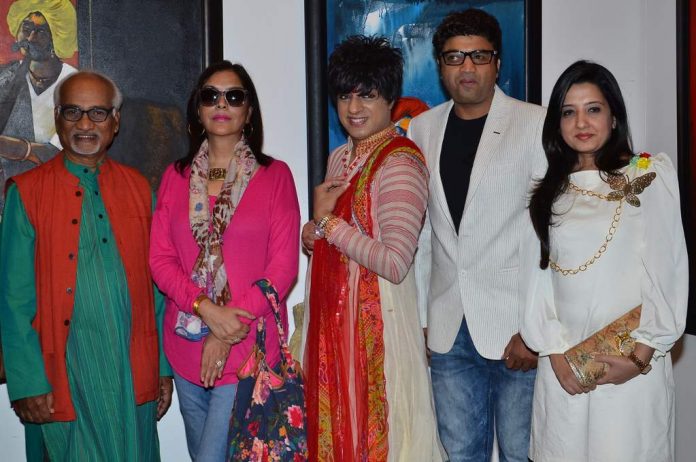 BollywoodGaram.com: Veteran Bollywood actresses Zeenat Aman and Rati Agnihotri and designer Rohit Verma attended Raosaheb Gurav’s exhibition that was held at Jehangir Art Gallery. While talking about the paintings, Aman said that they were like a breath of fresh air and that black and whites are her favorites.

While talking about his experience, Rohit said that Krishna paintings in a new avatar were heart-touching. Aman was a popular actress in the 70’s and was the second runner up in the Miss India Contest and won the Miss Asia Pacific in 1970. The actress became the first South Asian women to win the title.

In 2010, the actress was honored with an award for Outstanding Contribution to Indian cinema at the IIFA, held in Colombo, Sri Lanka.