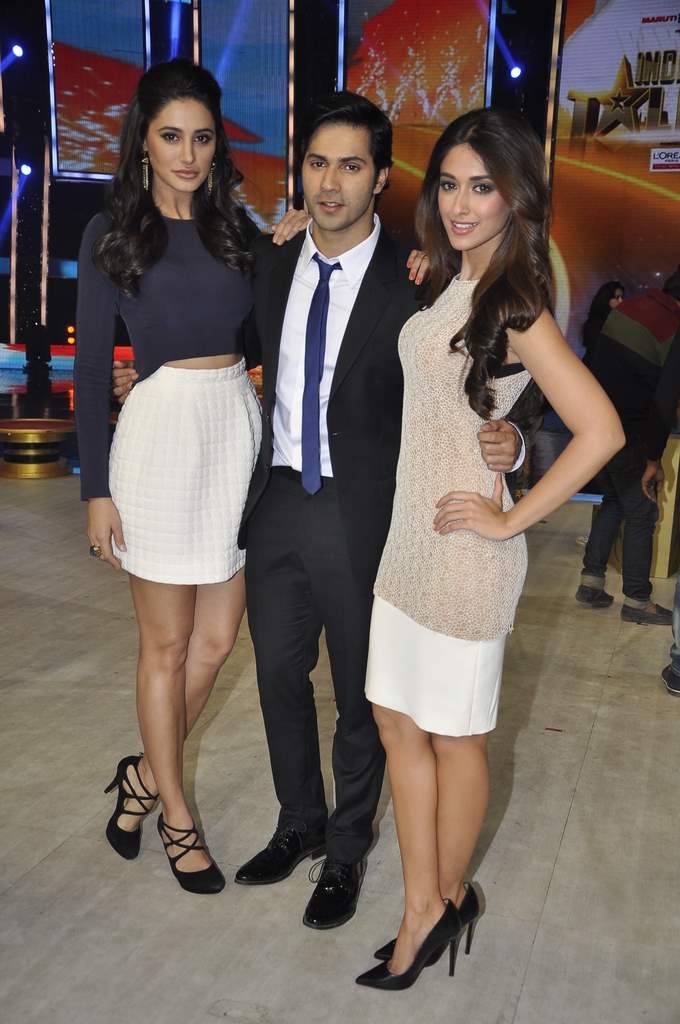 BollywoodGaram.com: Lead actors from the upcoming ‘Main Tera Hero’, Varun Dhawan, Ileana D’Cruz and Nargis Fakhri promoted their new flick on the reality TV show ‘India’s Got Talent’. The stars were welcomed by the judges of the show, Kirron Kher, Karan Johar and Malaika Arora.

‘Main Tera Hero’ is an upcoming movie which is directed by David Dhawan and will hit theaters on April 4, 2014. The makers released an official trailer video of the movie on January 23, 2014, in the presence of the cast. The soundtrack for the movie has been composed by Sajid-Wajida and the lyrics were written by Kumaar.

The trailer video of the movie garnered plenty of positive responses from the young audience.