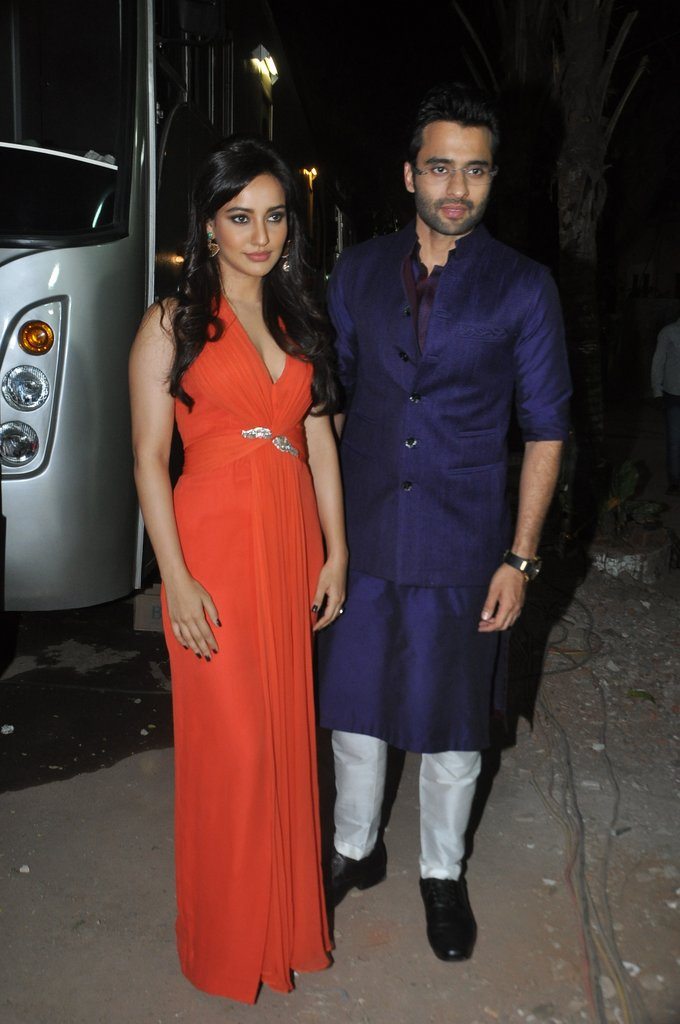 BollywoodGaram.com: Young Bollywood stars Jackky Bhagnani and Neha Sharma appeared on the sets of ‘Comedy Circus’ to promote their upcoming movie ‘Youngistan’. The movie is directed by Syed Ahmad Afzal and will be released on March 28, 2014.

Sharma wore a beautiful orange gown for the promotions, while Jackky sported a royal blue kurta. The movie is a love story which is set at the backdrop of Indian politics. The makers of the movie released the first trailer video of the flick on February 1, 2014 in Mumbai.