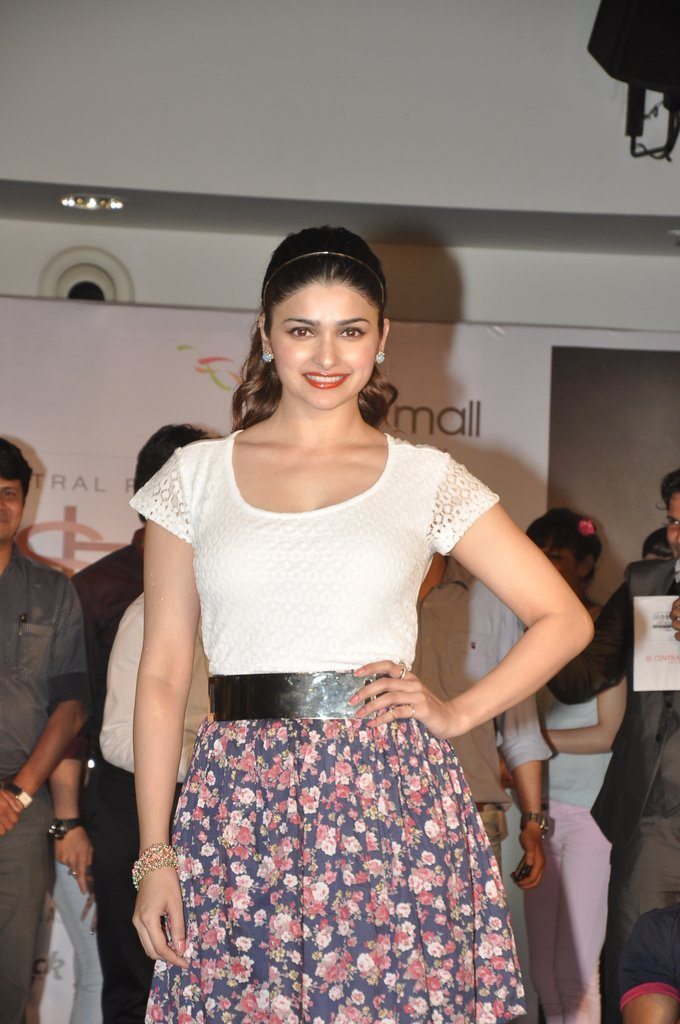 BollywoodGaram.com: The TV-turned-Bollywood actress Prachi Desai sizzled as she walked down the ramp and unveiled Central’s new collection at Oberoi Mall in Mumbai on March 9, 2014. Prachi looked pretty in a white top and a floral skirt.

While talking to reporters, Prachi said that Central’s new summer/spring collection is outstanding and that the models were looking very good. The actress said that everyone should run to the store and explained that it will be a one-stop shop where people can find everything under one roof. Prachi was last seen in the movie ‘Policegiri’, opposite Sanjay Dutt.

Desai made her Bollywood debut with the movie ‘Rock On’ opposite Farhan Akhtar in 2008.