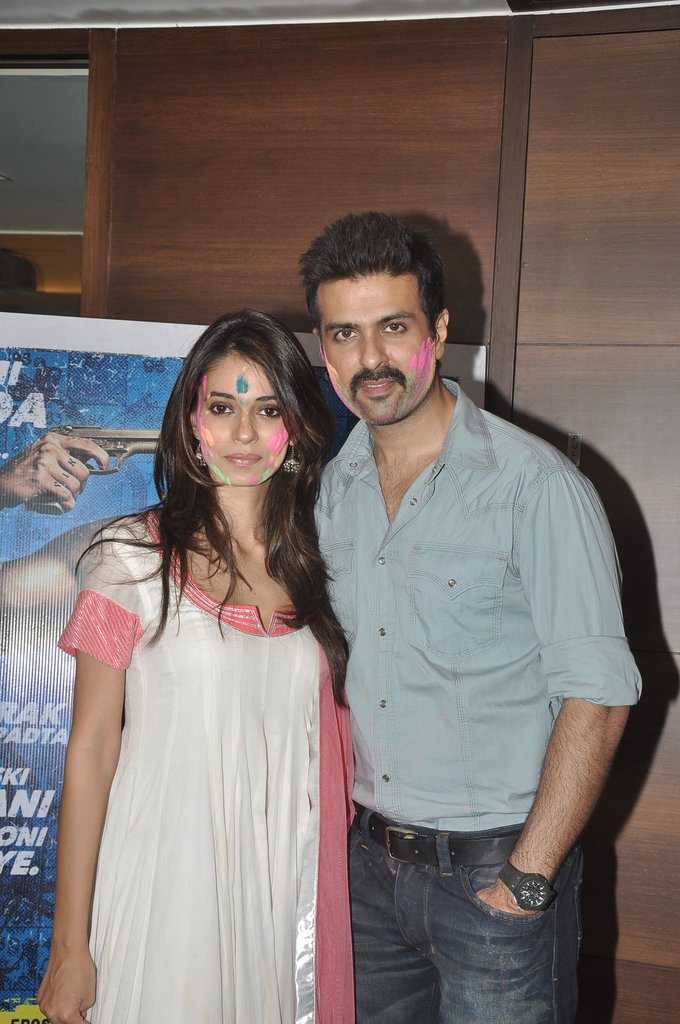 BollywoodGaram.com: Bollywood actors Harman Baweja and Ayesha Khanna attended a press meet for their upcoming movie ‘Dishkiyaoon’, which was held in Mumbai on March 10, 2014. ‘Dishkiyaoon’ is an upcoming Hindi movie which stars Harman, Ayesha and Sunny Deol in the lead roles and will be released in theatres on March 28, 2014.

During a recent promotional event, Harman said that he loves to do his own stunts as it gives him a feeling of excitement. The actor went on to say that he performed various stunts, like jumping from a five-story building, jumping from a moving car or scaling a twelve feet wall.

The movie was shot in Mumbai and Europe and the first look of the flick was released on October 14, 2013.