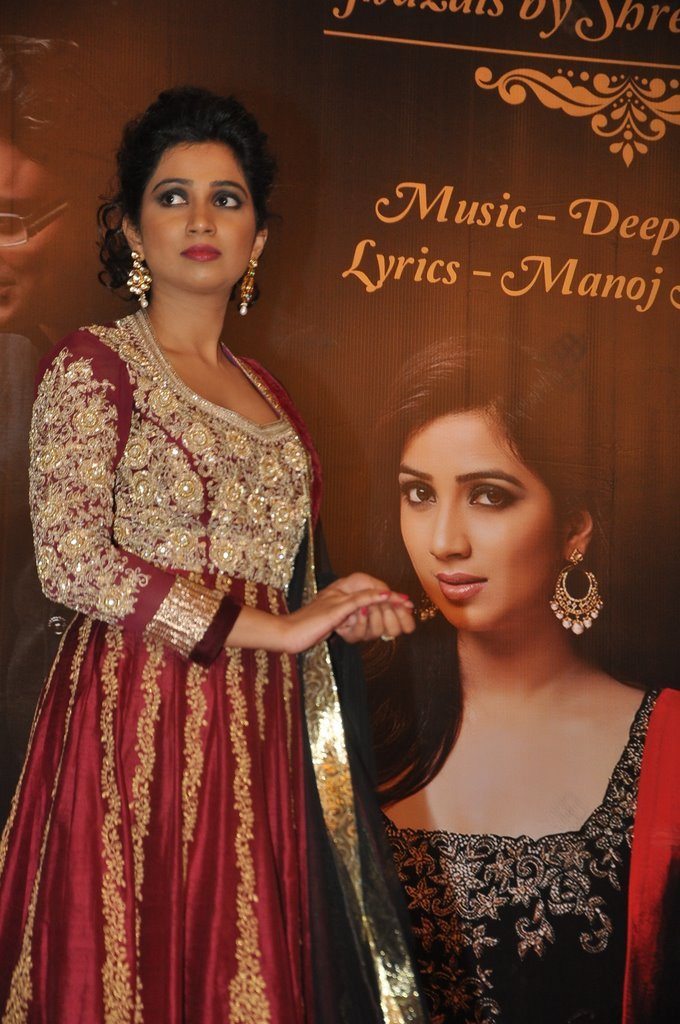 BollywoodGaram.com: Bollywood singer Shreya Ghoshal launched her first ghazal album, titled ‘Humnasheen’ on March 11, 2014. The singer said that she is happy that she chose ghazals as a transition from non-film work.

Shreya expressed, “I have been a fan of ghazals, but I had never thought I would take it up as my first step into the non-film world.” The singer also said that now that she has done it, she is happy and satisfied as it is equivalent to good poetry and soulfulness. During the launch, Ghoshal said that ghazals gave her a chance to do something which she cannot do in films.

The singer started her career by singing for regional music albums and devotional songs.