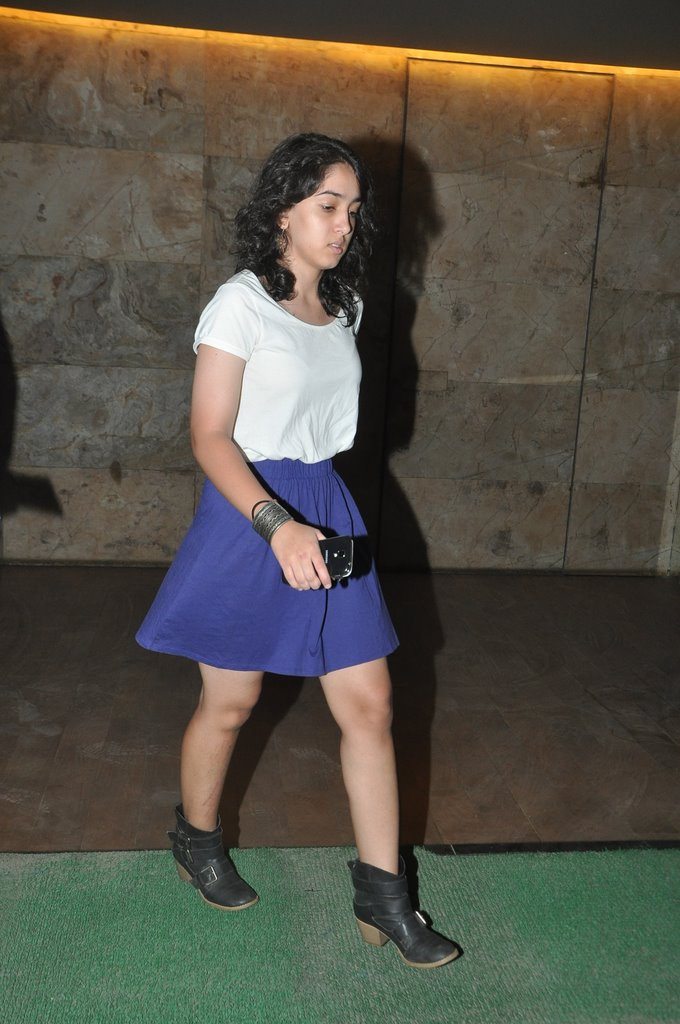 BollywoodGaram.com: Bollywood actor Aamir Khan’s daughter Ira is experimenting with her image in recent times. The star kid was snapped at a screening of the 3D animated movie ‘Rio 2’ and the 16-year-old looked casual and pretty in a white top, trendy skirt and a pair of black ankle boots.

Earlier, Ira was seen in a sari, but this time she chose to be casual. Ira Khan was on a movie date with cousin Imran Khan and they watched ‘Rio 2’. Imran lent his voice to the Hindi version of the Hollywood flick. The Hindi version of ‘Rio 2’ also features actress Sonakshi Sinha’s voice.

Ira is the second child of Aamir and his first wife Reena Dutta. Aamir and Reena also have a son Junaid.