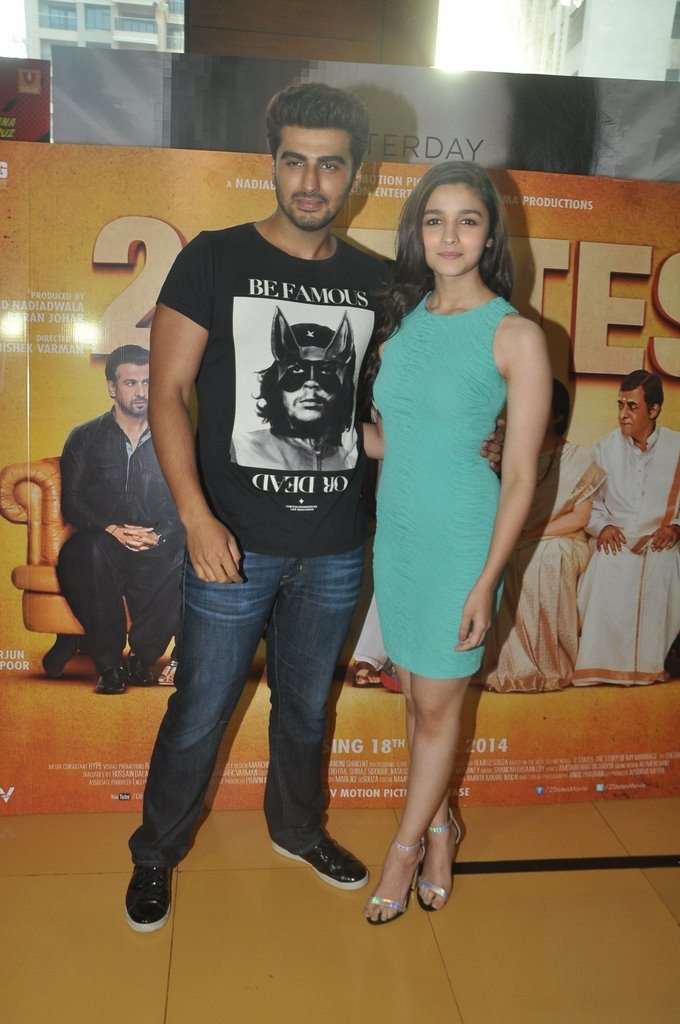 BollywoodGaram.com: Young Bollywood stars Alia Bhatt and Arjun Kapoor have been promoting their latest movie ‘2 States’ through various platforms. In addition to that, the lead actors of the flick made several appearances this week. Alia and Arjun promoted their movie at PVR Cinemas on April 20, 2014.

At the promotional event, Bhatt appeared in a trendy blue dress, while Arjun sported a casual look. Arjun and Alia interacted with their fans at the venue and obliged for autographs and photographs. ‘2 States was released in theaters on April 18,2014 and is running successfully all over the country.

So far, the movie received a number of positive reviews from the audience as well as critics.