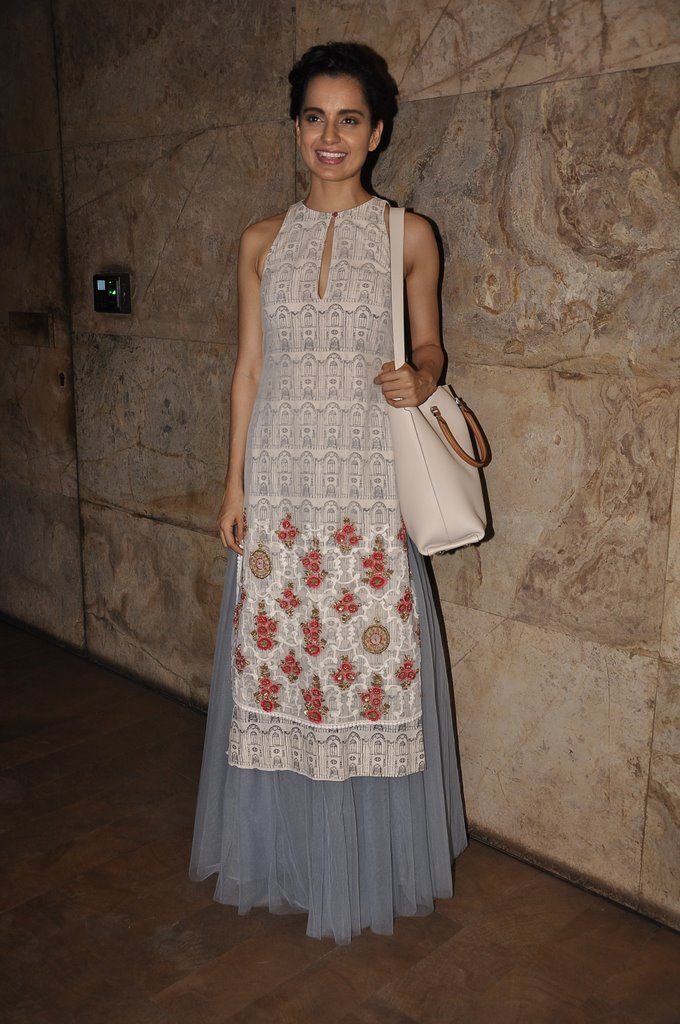 BollywoodGaram.com: Bollywood actress Kangana Ranaut was present at the special screening of her upcoming movie ‘Revolver Rani’, which was held in Mumbai on April 23, 2014. The latest Bollywood flick is all set to be released on April 25, 2014.

The special screening was also attended by actress Sandhya Mridul, who said that she loved the movie and added that she has never seen an actress like Kangana. While talking about Kangana, Mridul went on to say that she has performed brilliantly in ‘Queen’, as well as ‘Revolver Rani’. The movie is directed by Sai Kabir and was shot in Chambal.

The makers of the movie say that it has a unique story which has never been narrated in Bollywood before.