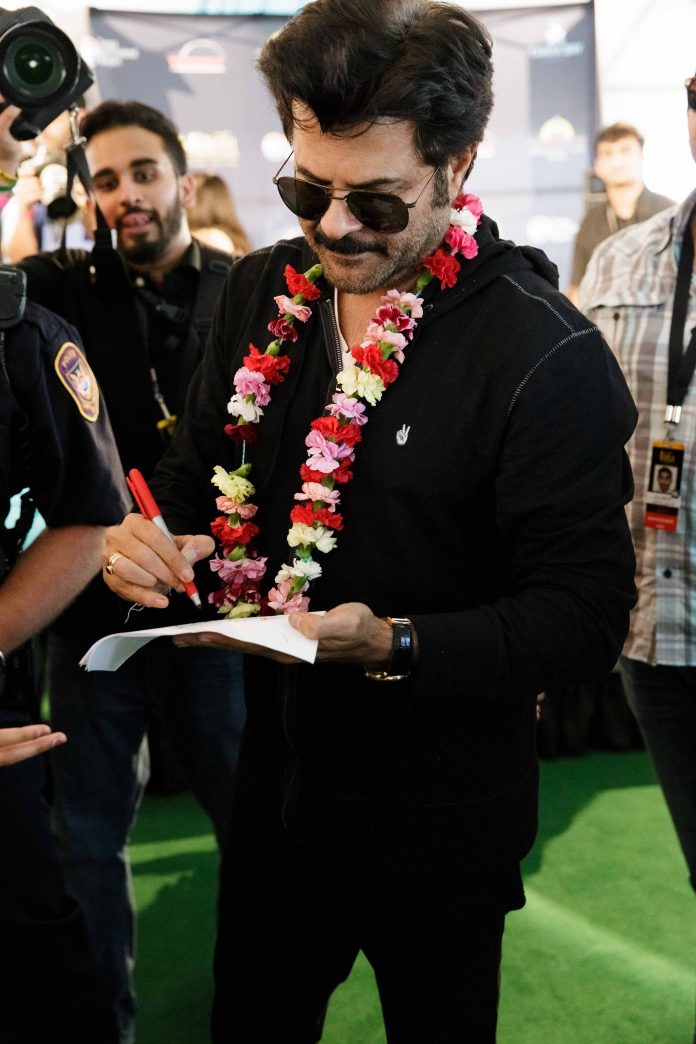 BollywoodGaram.com: Celebrations of the IIFA 2014 have already began at Tampa Bay Florida and the second day of the Videocon DDB IIFA weekend had seen Myntra.com presenting the IIFA Rocks. The event was dedicated to the best of fashion and music which was held at the Tampa Convention Centre.

The evening was hosted by Gauhar Khan and actor Vivek Oberoi and the fashion segment was opened by designer Manish Malhotra in association with Mijwan Welfare Trust. Actors Sonakshi Sinha and Anil Kapoor walked the ramp as showstoppers.

The event also saw American designer Amrita Bal with Miss America 2014 Nina Dalvur as the showstopper. Indian designer Vikram Phadnis closed the segment by presenting a special collection, known as ‘Nazakat’ which was inspired by femininity for which Malaika Arora Khan and Yami Gautam walked the ramp as showstoppers.

Many other personalities sizzled at Tampa Bay, California in Indian attire which included the CEO and President of Visit Tampa Bay Mr. Santiago Corrada, Drs. Kiran and Pallavi Patel, Donna Lancaster, an advocate for the victims of human trafficking, Manish Khardo who is a volunteer tutor for the junior and high school students and more.

The IIFA Rocks saw performances from some of the celebrities like Bhoomi Trivedi and Ankit Tiwari, Ravi Drums and Monali Thakur. Singer Rahat Fateh Ali Khan concluded the evening with a soulful performance. Stars at the red carpet were greeted with several fans and witness some of the popular faces from Bollywood including Ritesh Deskhmukh, Govinda, Priyanka Chopra, Bipasha Basu, Aftab Shivdasani, Nirmit Kaur, Anil Kapoor and Vivek Oberoi.