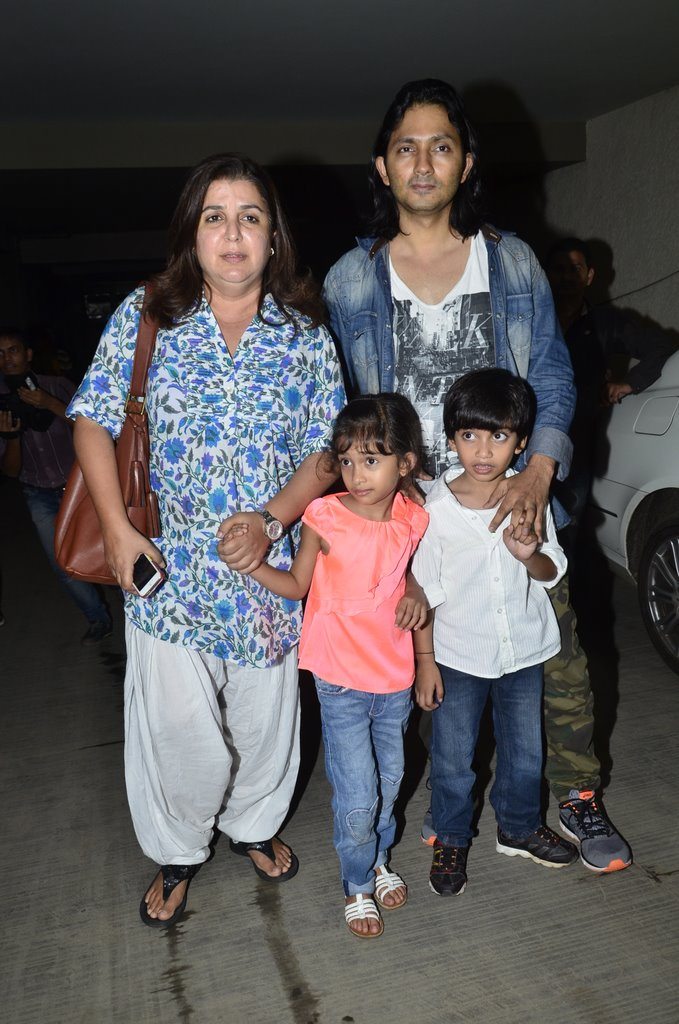 The special screening of ‘Humshakals’ held at Lightbox in Mumbai on June 19, 2014 was jammed pack with a cluster of filmy personalities. The screening was hosted by director Sajid Khan and producer Vashu Bhagnani.

Sajid’s sister – Farah Khan – was also seen along with husband Shirish Kunder and her two kids. Industry veterans like Waheeda Rehman, Helen and Salim Khan were also seen in attendance.

The movie has hit the theaters on June 20, 2014 and director Sajid Khan has promised audiences his trademark comedy.

The makers of the movie promoted the film on every possible platform.