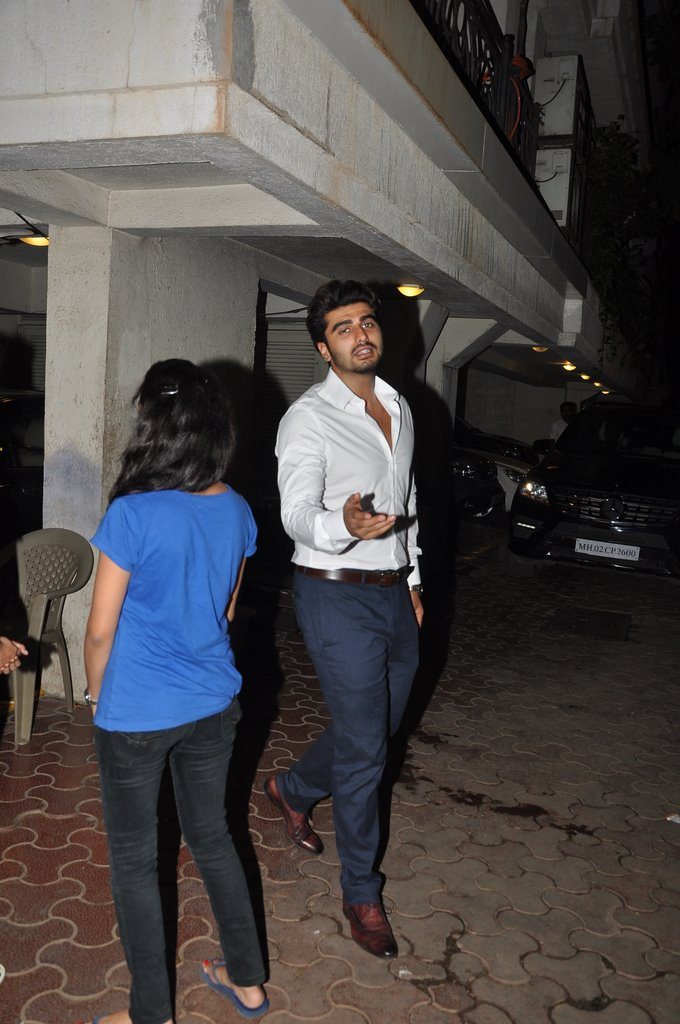 The shutter bugs caught up with Bollywood star Arjun Kapoor who celebrated his birthday in Mumbai on June 26, 2014. The ‘Gunday’ actor was cool and casuall in a plain white shirt and a blue trouser.

The actor thanked all his fans and well wishers on Twitter, “All you guys a big thank you all of you each and every one of you…I am because of all of you…this love and respect makes it all worth it…”

Kapoor had entered the film industry as an assistant director for the movie ‘Kal Ho Na Ho’ and also assisted Nikhil Advani for his venture ‘Salaam-e-Ishq’. The now-actor was last seen in ‘2 States’ opposite the vivacious Alia Bhatt.