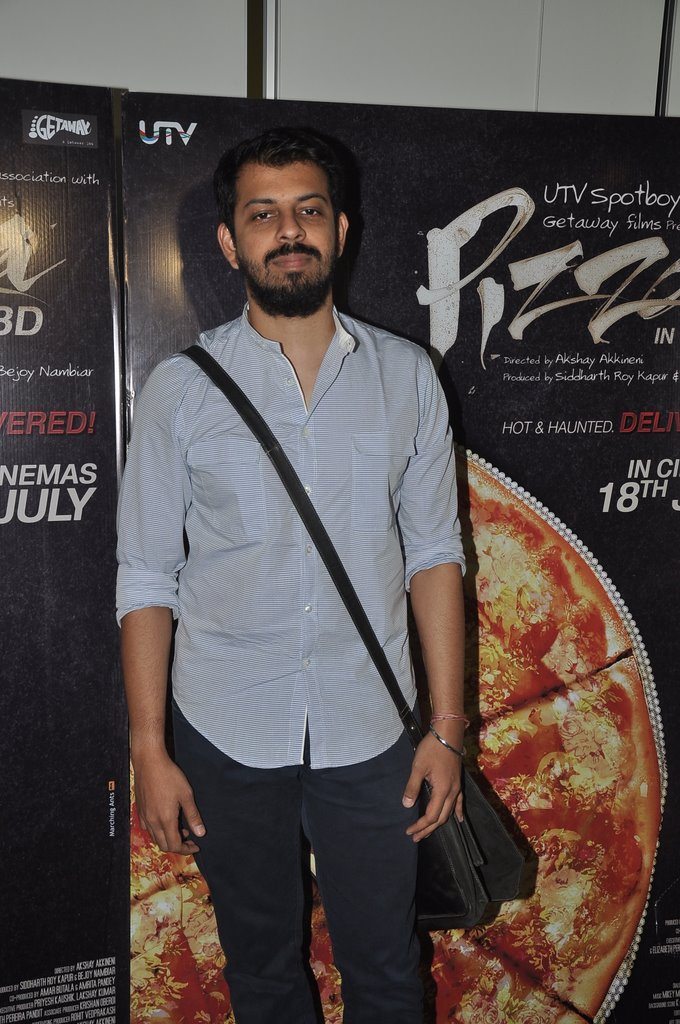 Bollywood actor Akshay Oberoi promoted his upcoming movie ‘Pizza 3D’ in a unique way at a promotional event in the city, the hunk was dressed as a pizza delivery boy and served a pizza which had chopped fingers and eyeballs as toppings.

While Akshay totally rocked the pizza delivery boy look – with the name tag –  Parvathy was dressed to kill in a black floral print dress. Pizza 3D is touted to be a horror film which promises to be a totally freaky experience for audiences.

The movie is a hindi remake of the Tamil horror flick ‘Pizza’ and is all set for release on July 18, 2014.