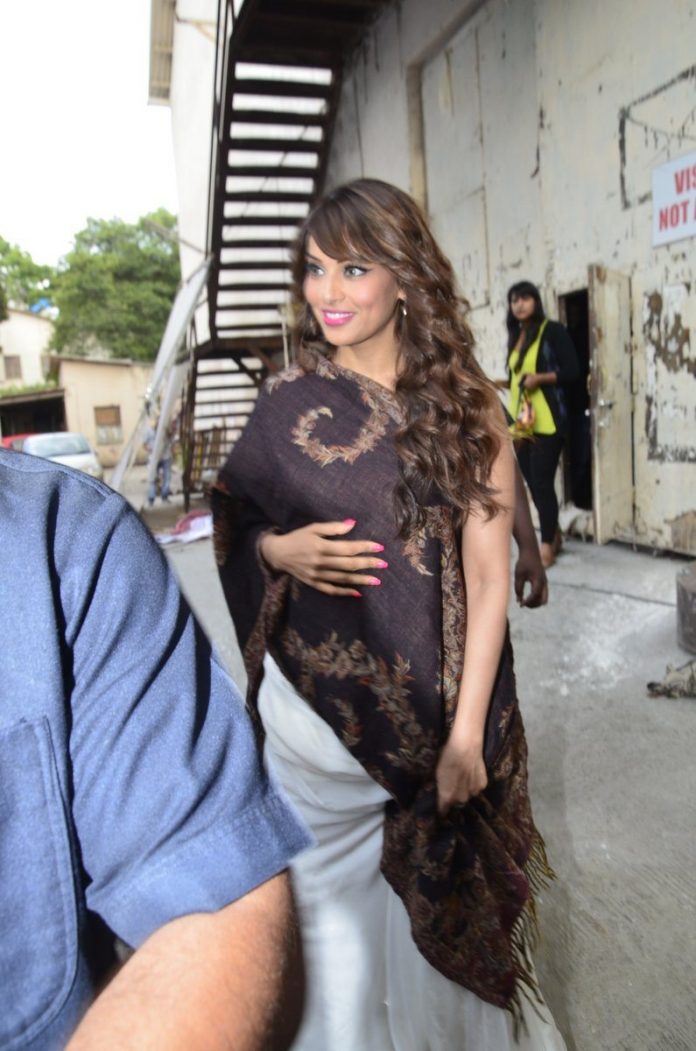 Bollywood’s Bengali beauty, Bipasha Basu was at Mumbai city’s  Filmistan Studios in Mumbai on July 1, 2014. The actress was there filming for one of her upcoming projects.

Bipasha looked pretty and girly in a strapless white gown, her look was enhanced with some beautiful flowy curls.

Basu had recently been in the news for her decision of keeping herself away from Humshakals’ promotions. She was reportedly unsatisfied with the film’s end result and thus chose to stay away from it.

At present the actress is working on projects like ‘Creature 3D’ and ‘Bang Bang’.