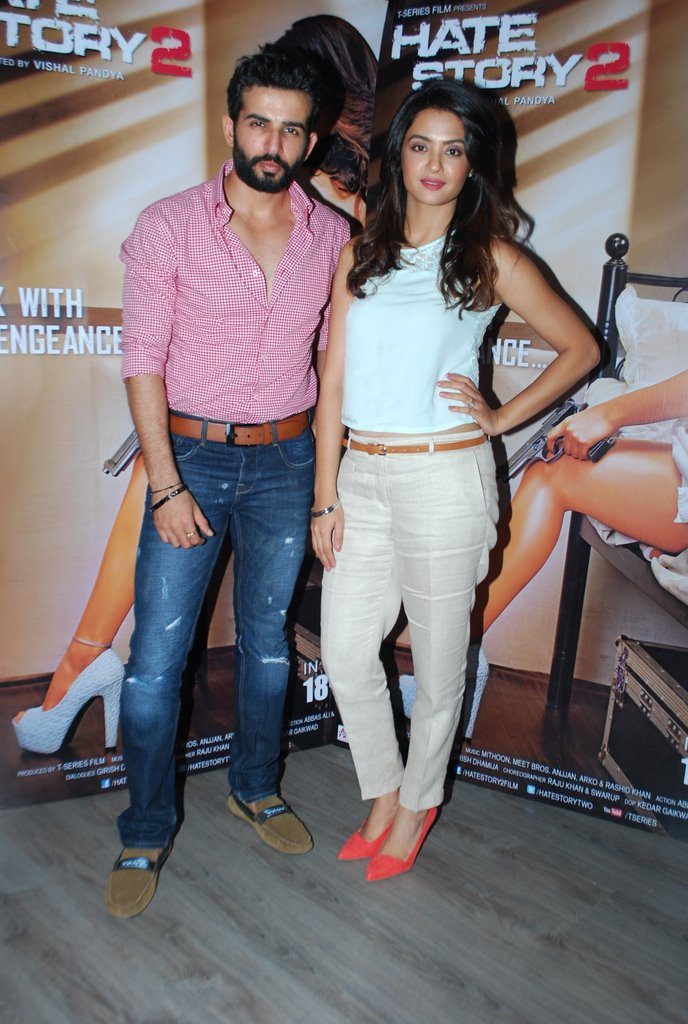 Hate Story 2 gears up for its release this month.

Bollywood actors Jay Bhanushali and Surveen Chawla attended a press conference to promote their upcoming movie ‘Hate Story 2’ at the T-Series office in Mumbai on July 5, 2015.

Jay sported a casual look for the event, while Surveen looked chic in trousers and top look, the bright sunset orange shoes were definitely an eye-catcher.

The songs from Hate Story 2, coupled with Surveen and Jay’s sizzling hot chemistry have already created a buzz amongst movie buffs.

The movie also has Sushant Singh playing a supporting role and is a sequel to the 2012 movie – ‘Hate Story’ – which featured Paoli Dam and Gulshan Devaiya.