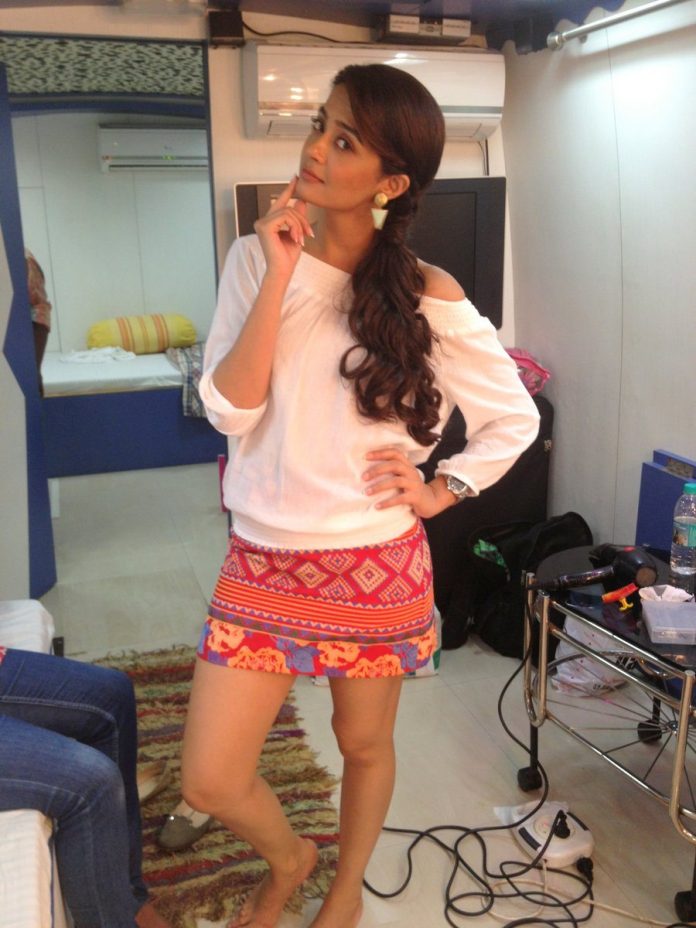 Hate Story 2 gears up for release.

Bollywood actors, Surveen Chawla, Jay Bhanushali and Sushant Singh were on the sets of their upcoming Bollywood movie ‘Hate Story 2’ on July 7, 2014.

Surveen looked pretty in a white outfit while Jay appeared in a casual t-shirt and track pants look.

The upcoming movie is a sequel to the 2012 movie ‘Hate Story’. The earlier flick had actress Paoli Dam and Gulshan Devaiya. ‘Hate Story 2’ is all set to be released in theaters on July 18, 2014. The trailer of the movie have already become popular among the audiences.

Actress Sunny Leone will be seen performing an item song in the film, the song is titled ‘Pink Lips’ and has been composed by Meet Bros Anjjan.