Bollywood Garam: Veteran former Indian cricketer and actor Saif Ali Khan’s father, Mansoor Ali Khan Pataudi, was recently admitted to the hospital. Saif had immediately rushed to Delhi on Friday morning to be with his father.

Close friends of the family had revealed that Tiger Pataudi was unwell in the morning, but is now stable. The former cricketer was rushed to the hospital for lung infection and is now on the road to recovery.

Saif and his mother Sharmila Tagore were attending to Pataudi in the hospital. The ‘Love Aaj Kal’ actor is making sure that his father is getting the best possible treatment and is constantly in touch with medical professionals about his father’s condition.

The ‘Tashan’ actor himself confirmed to reporters about his father’s condition. The doctors are yet to decide about the date of discharge for the former cricketer. Actress Kareena Kapoor too is believed to  be in touch with the family through Saif and is expected to fly down to Delhi to inquire about Pataudi’s health.

Kareena is currently tied up with the shooting of the upcoming home production of Saif’s Agent Vinod. The shooting of the film is going on in Filmistan Studio in Goregaon area in Mumbai, India. Saif has also assured that his father’s condition is stable now. 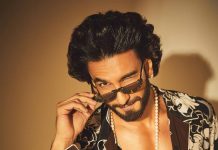