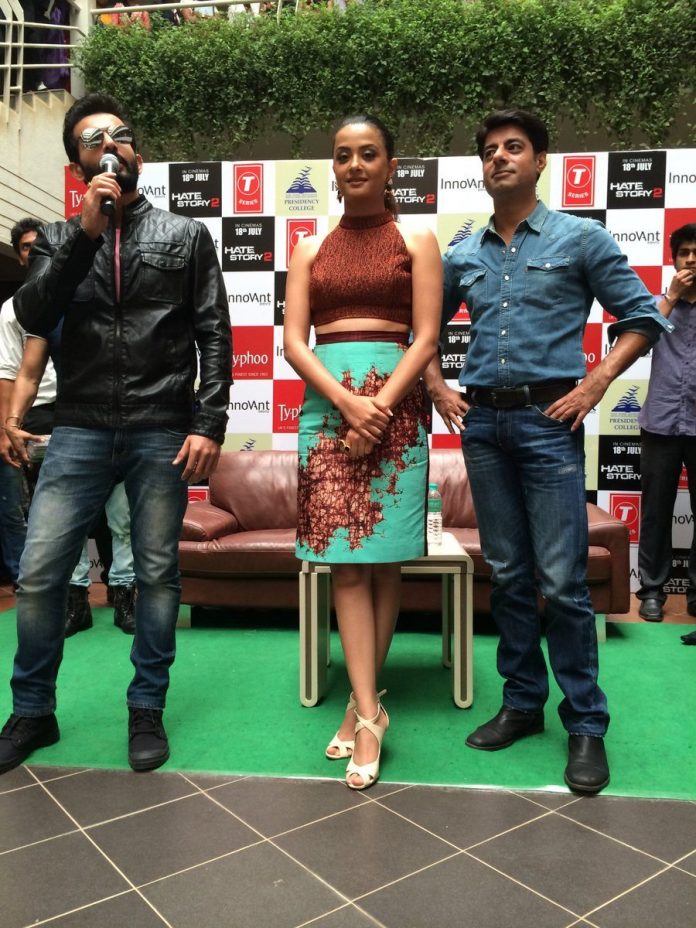 Lead actors of Hate Story 2 – Surveen Chawla, Sushant Singh and Jay Bhanushali – were in Banglore city on July 10, 2014 to promote their film.

Surveen looked pretty and ladylike as usual in a green and maroon ensemble while her co-stars Jay and Sushant looked cool and casual.

Actors Jay and Surveen have reportedly gone an extra mile to put in their 100 percent for the film, the duo apparently took scuba diving lessons as a scene in the film required them to scuba dive.