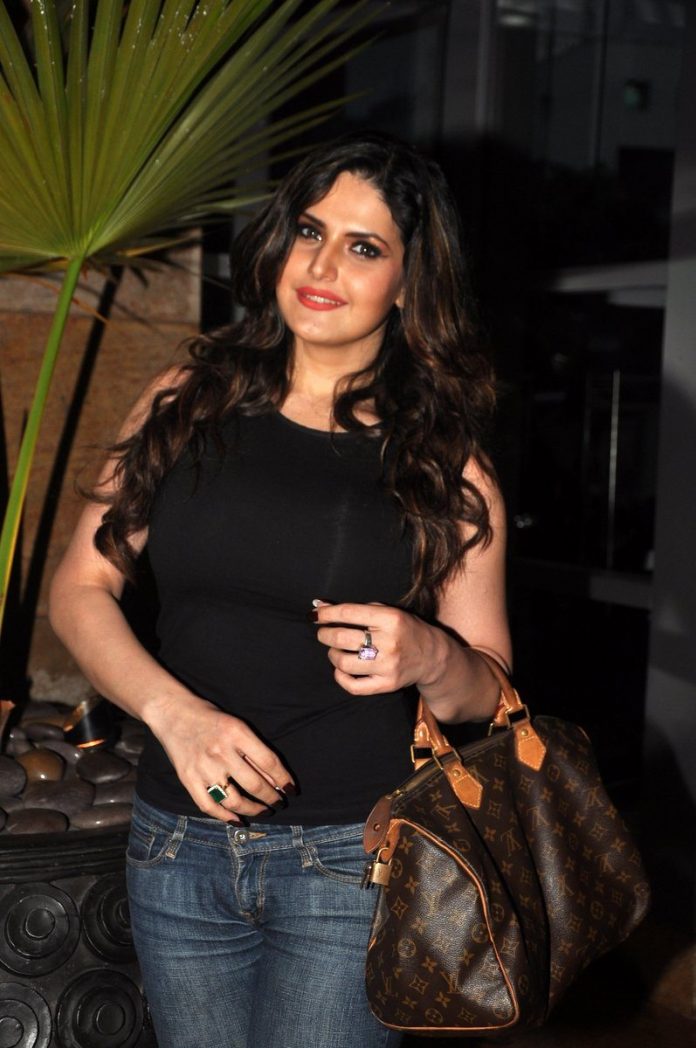 Zarine Khan looks trendy on her day out with mother.

Bollywood actress Zarine Khan was spotted on an outing with her mother on July 16, 2014. The ‘Housefull 2’ actress looked stunning in a pair of blue denims paired with a fitting black top.

The actress is currently working on upcoming Bollywood movies ‘The Legend of Michael Mishra’, ‘Amar Must Die’, ‘Partner 2’ and Tamil movie ‘Karikalan’. The actress has walked the ramp as the showstopper for the Jewellery brand YS18 at India International Jewellery Week.