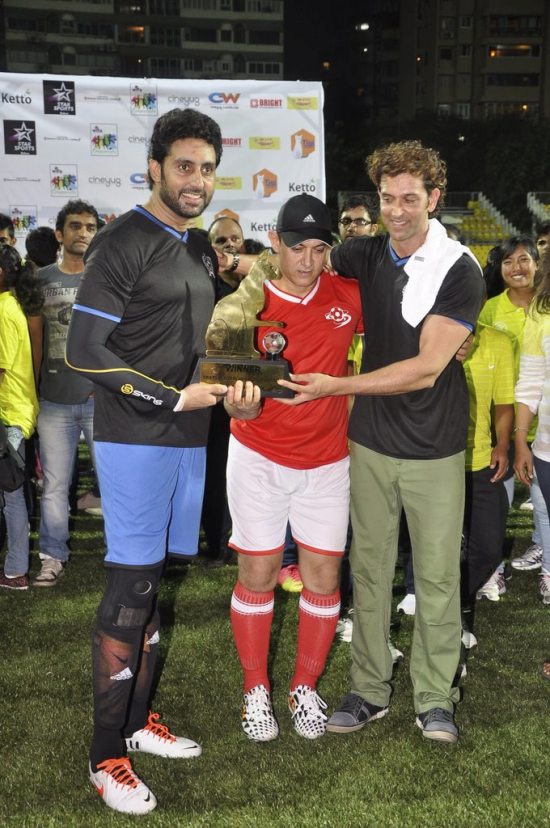 Aamir Khan, Hrithik Roshan, Abhishekh Bachchan sweat it out for TIGI foundation on the football field.

The TIGI foundation – which is founded by Bollywood star Imran Khan’s mother, Nuzhat Khan – is aiming to raise funds for a massive animal welfare shelter on the outskirts of Mumbai.

What better way to raise funds, than to tie up with Bollywood stars! The #Play4Paws campaign united the entire film fraternity on the football ground, donations from individuals not only veered towards the charitable cause, but also gave donors some privileges and rewards.