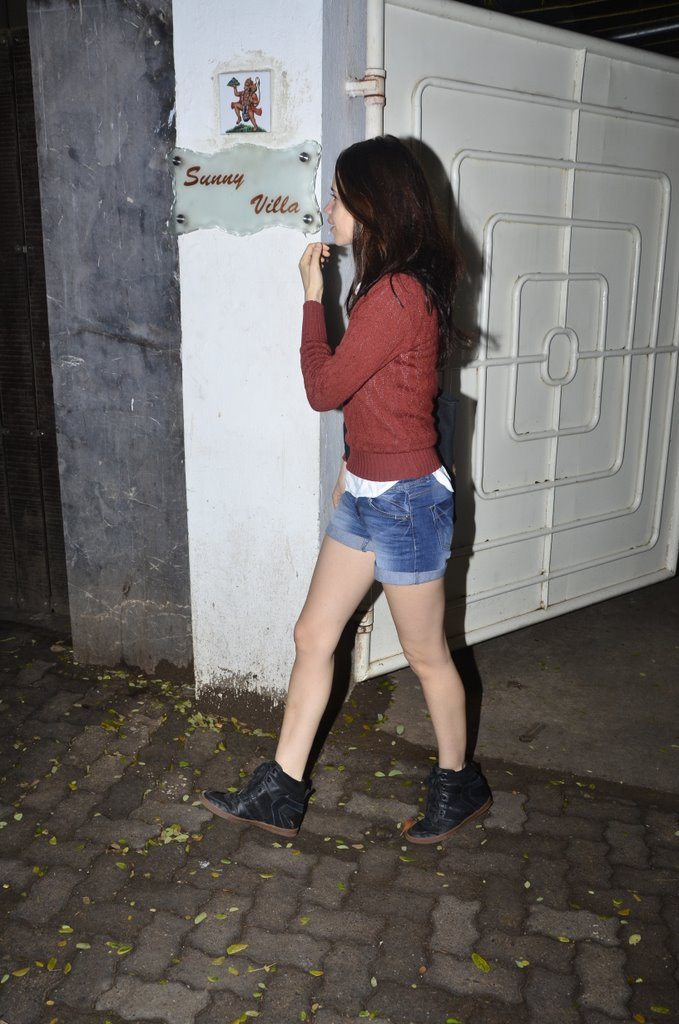 Kalki Koechlin looks trendy in a pair of denim shorts and a sweater.

Kalki reportedly separated from her husband- director Anurag Kashyap. They got married in 2011 after a whirlwind romance. In November 2013, the couple announced that they had decided to call it quits.

The actress is currently preparing for the release of her upcoming movies ‘Happy Ending’ and ‘Margarita, With a Straw’.

The French beauty also has a few more projects including ‘Jiah aur Jiah’ – in which she will be playing the role of Jiah Garewal – and ‘Severing Ties’ which are currently under production.