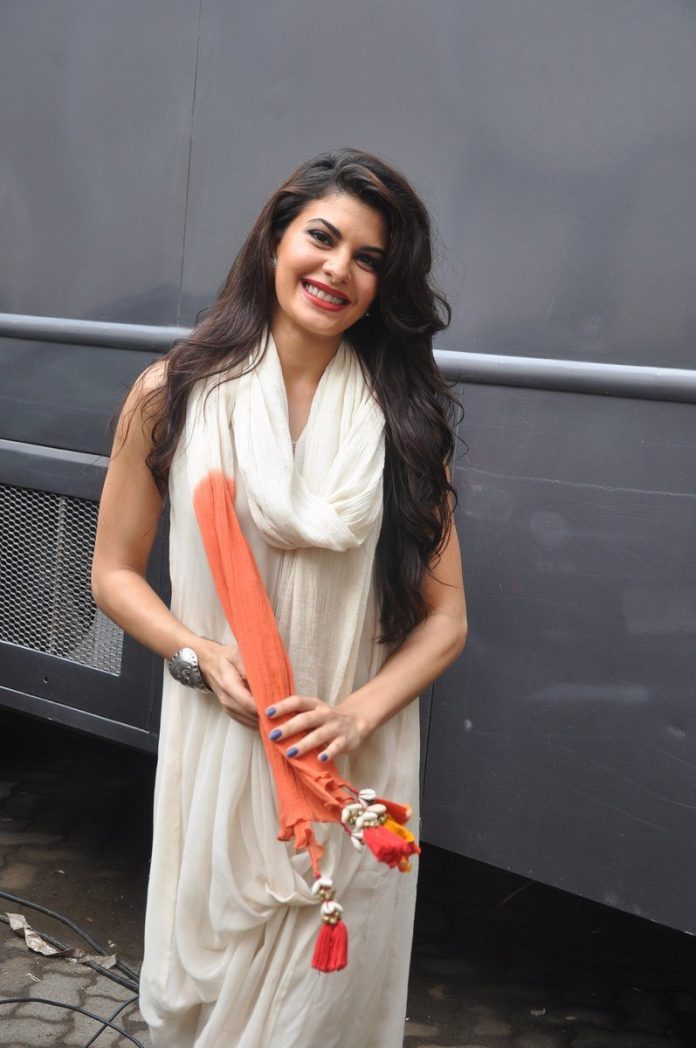 Jacqueline Fernandez happily poses for the shutterbugs outside her vanity van.

SriLankan beauty  Jacqueline Fernandez happily posed for the cameras outside her vanity van in Mumbai on July 21, 2014. The white and orange Indian attire paired with simple leather mojris was definitely a good choice.

The actress is currently preparing for the release of her upcoming movie ‘Kick’ opposite actor Salman Khan.

Fernandez was last seen in the movie ‘Ramaiya Vastavaiya’ and is currently shooting for Vicky Singh’s rom-com ‘Roy’ – in which she will take on a double role. Other actors in the movie include Ranbir Kapoor and Arjun Rampal.

The ‘Kick’ actress will also be seen in the upcoming Chandran Rutnam thriller ‘According to Mathew’ and will make a special appearance in ‘Bangistan’.