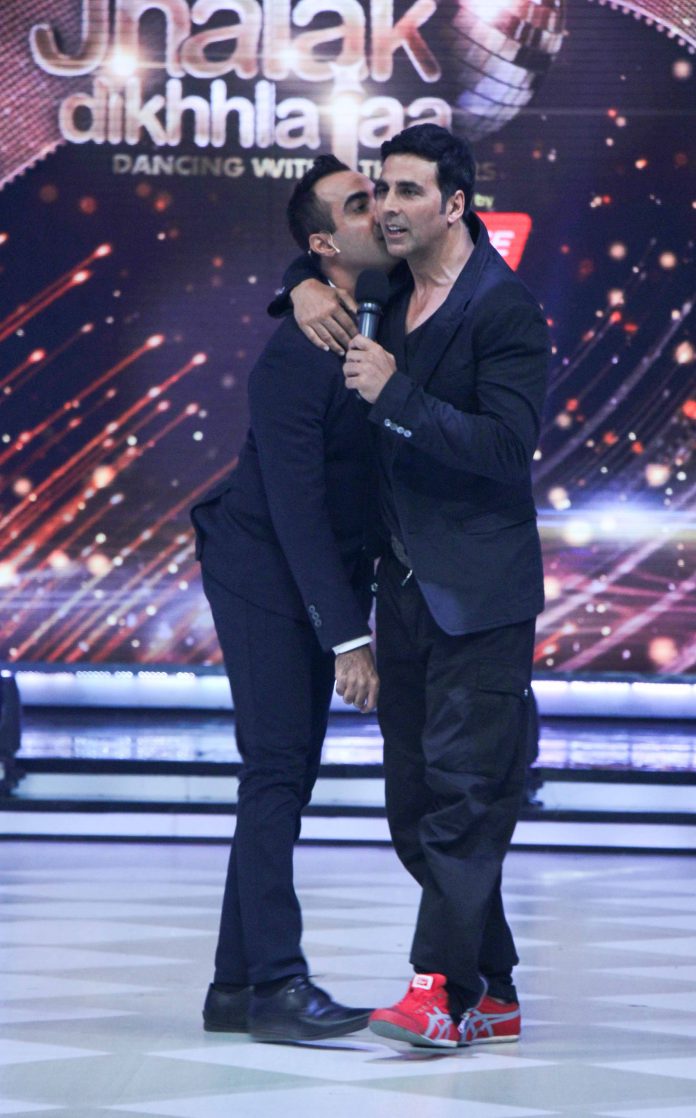 The ‘Boss’ actor looked his stylish best in an black look topped of with bright sporty shoes.

Pre-release fun fact: the movie gets its name – ‘Entertainment’ – from the character of a dog in the film. The flick is all set to be released on August 8, 2014.