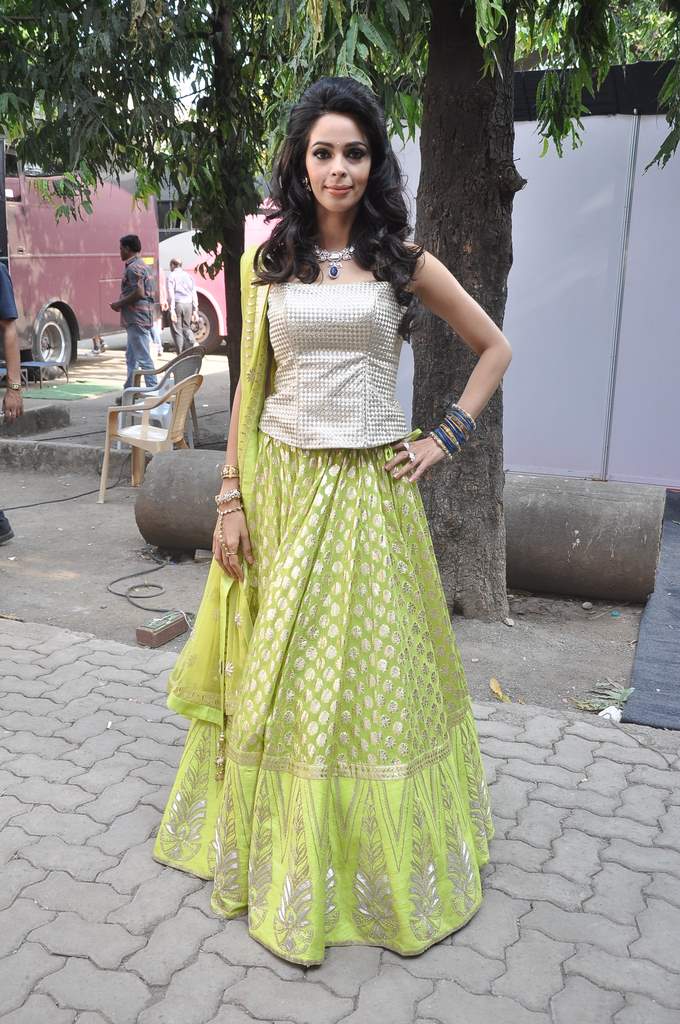 Bollywood actress Mallika Sherawat has received a notice from the Hyderabad High Court over a petition against a poster of her movie ‘Dirty Politics’ which has shown the actress draped in the national tricolor. The court has asked the defendants to reply to the notice within four weeks.

‘Dirty Politics’ is due for release in the latter half of 2014. The poster has shown the actress sitting on top of a car which has a red beacon light wearing the Indian tricolor.

It has also been alleged by the petitioner that the movie is based on the Bhanwari Devi murder case 2012. The film also stars Om Puri, Jackie Shroff and Naseruddin Shah.

Bhanwari Devi was an auxiliary nurse who went missing in 2012 and her body was found several days later. Investigations revealed of some blackmail scandal.