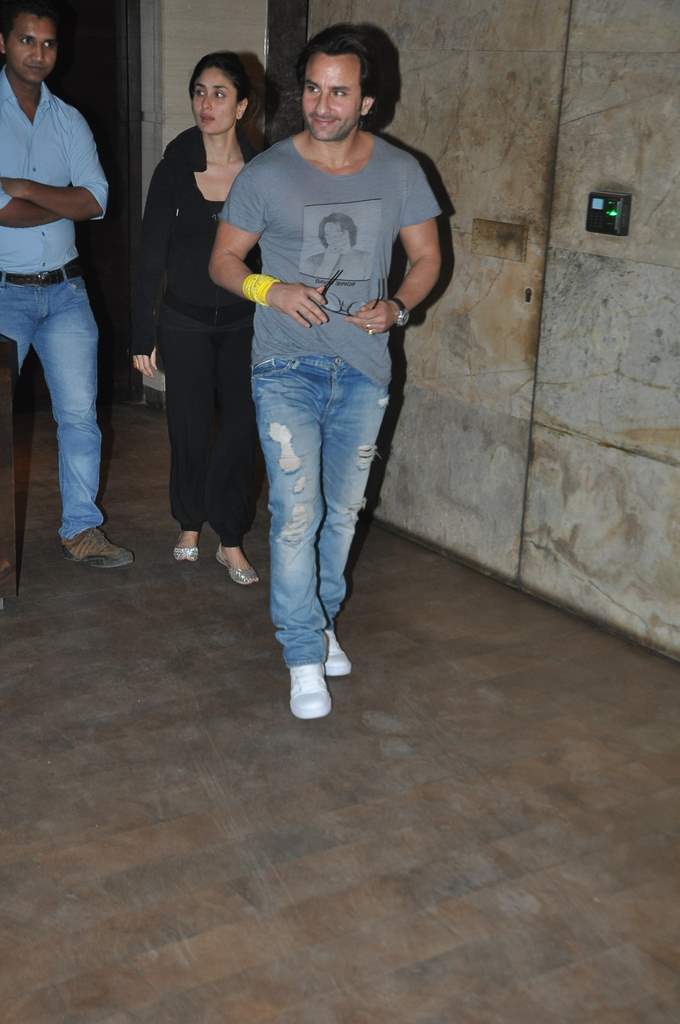 Bollywood’s chote nawaab Saif Ali Khan, who was honored with the Padma Shri Award in 2010 for his contribution to the Indian film Industry, now faces the risk of being stripped off his title. Recent reports say that the government is considering to take away the title from the actor, after an RTI (Right to Information) activist SC Agarwal filed a complaint against him on March 14, 2014.

Agarwal has claimed that the actor has many cases registered against him and that all the recommended names for the Padma honor will now be scanned by many intelligence agencies before being announced.

Saif was the recipient of the fourth-highest civilian honor in 2010, he was handed over the award by the then President – Pratibha Patil. The 43-year-old ‘Humshakals’ star allegedly got into a brawl with a South African NRI businessman in February 2012, following which, there was a complaint lodged against him and two of his friends.

The RTI complainant has also requested to supervise the working of the Intelligence agencies, since he believes that the names of stars such as Saif are cleared off easily without proper scrutiny.

However, reports are now claiming that the government has decided against stripping Saif off his honor.