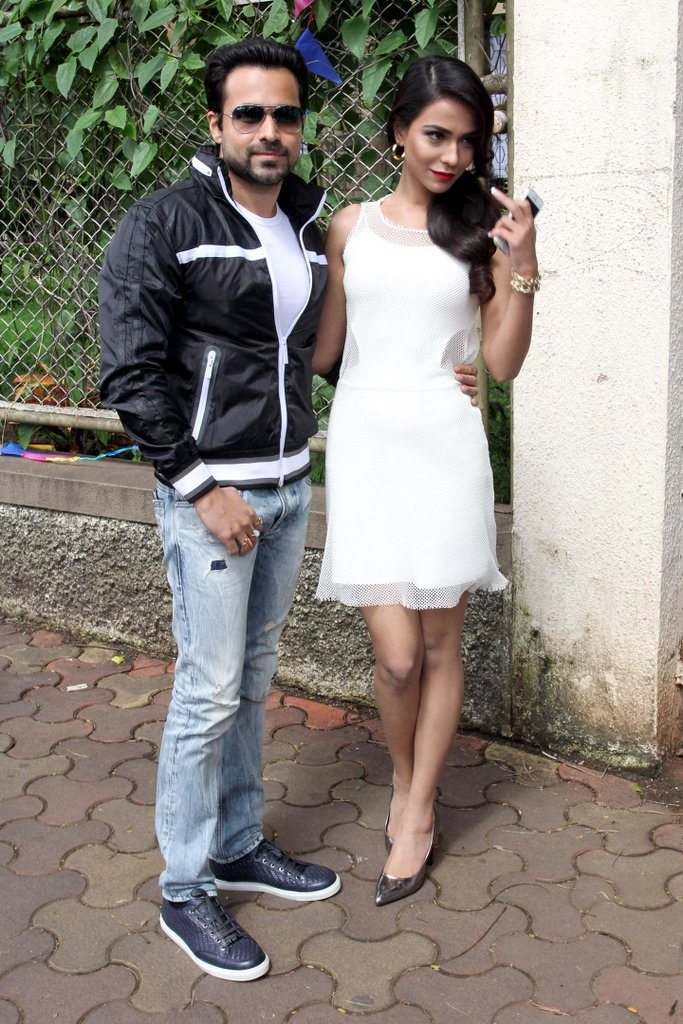 Bollywood stars Humaima Malick and Emraan Hashmi promoted their upcoming movie ‘Raja Natwarlal’ at an event in Mumbai on August 10, 2014. The lead actors of the movie pleased the crowds as they swooned to a romantic number from the film.

Emraan donned a cool and casual look in denims paired with a black jacket, while Pakistani actress – who will be making her Bollywood debut with Raja Natwarlal – Humaima looked demure in a figure hugging white dress.

‘Raja Natwarlal’ is an upcoming flick which is directed by Kunal Deshmukh and produced by UTV head honcho Siddharth Roy Kapur.

Other actors who also feature in the movie include Paresh Rawal, Kay Kay Menon and Deepak Tijori. The movie is all set to hit the theaters on August 29, 2014.