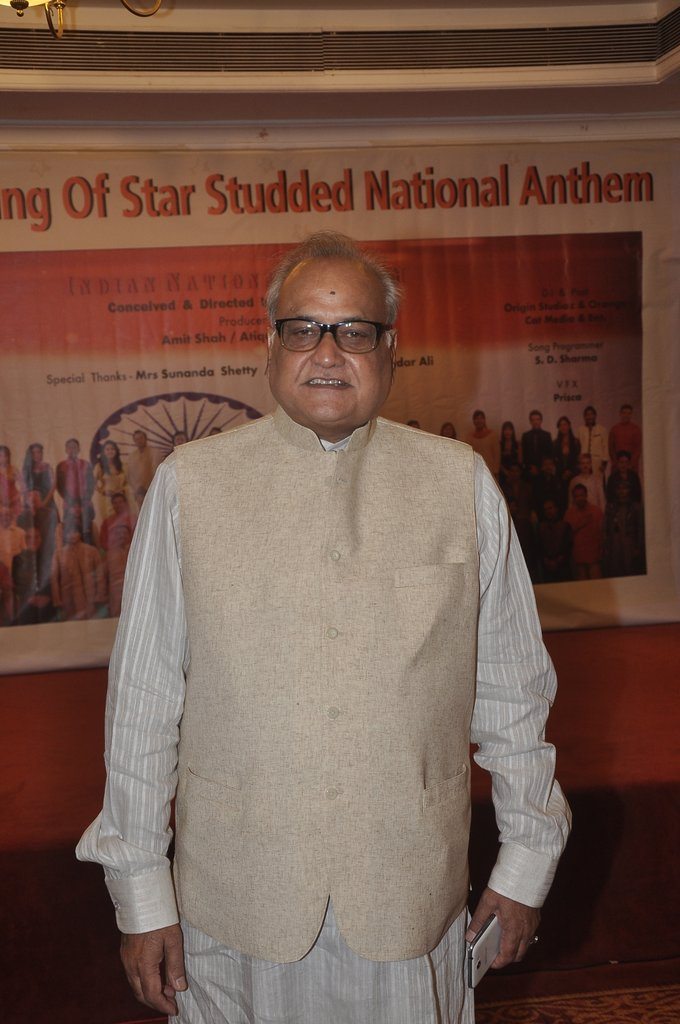 Celebrities from TV and movie industry attended the launch of the special Indian national anthem video on Independence Day, held at Palm Grove in Mumbai on August 15, 2014. The event was attended by Udit Narayan, Eli Avram and others.

A new video has been released of the national anthem, which features some of the biggest stars from Bollywood. Actor Mukesh Khanna said that the video was made with an aim to bring the feeling of patriotism among the children of this generation.