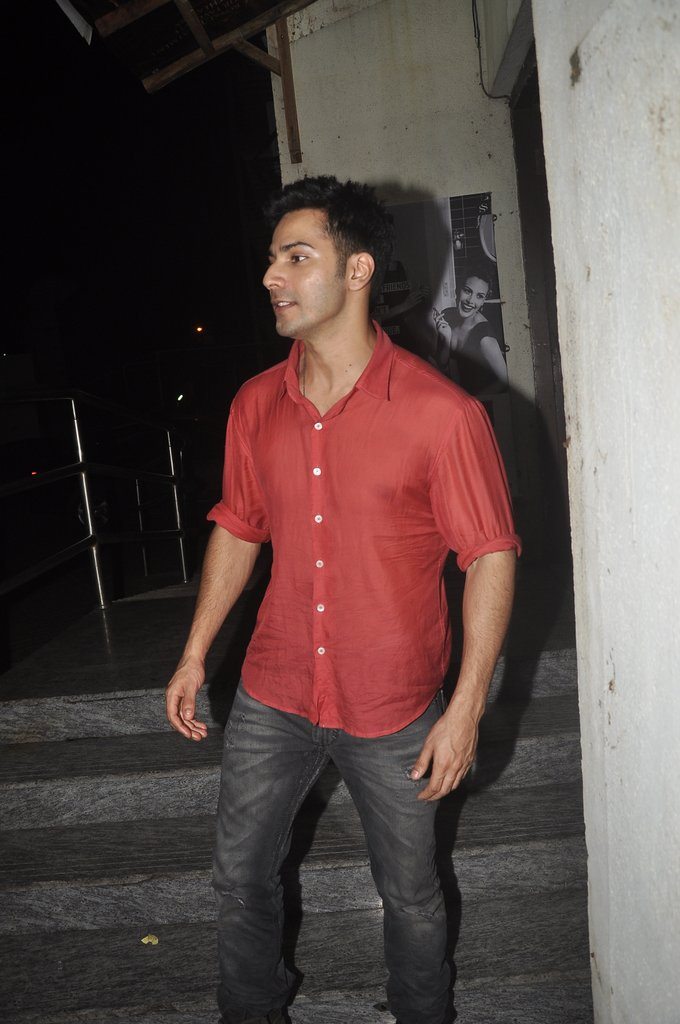 It’s not ludicrous to dream about bumping into a movie star if you live in the heart of Bollywood – Mumbai. Bollywood Garam’s camera’s caught up with ‘Humpty Sharma Ki Dulhaniya’ hunk Varun Dhawan, at Mumbai’s PVR cinema’s on August 17, 2014.

The young lad kept it simple and stylish in a pair of black pants and a dull red shirt.

The 27-year-old is currently riding high on success after his latest release – Humpty Sharma Ki Dulhaniya – opposite ‘pataka kudi’ Alia Bhatt. His previous films ‘Student of The Year’ (2012) and ‘Main Tera Hero’ (2014) were also money spinners at the box office.

The actor is currently working on his upcoming movie ‘Badlapur’ which is due to be released in 2015.