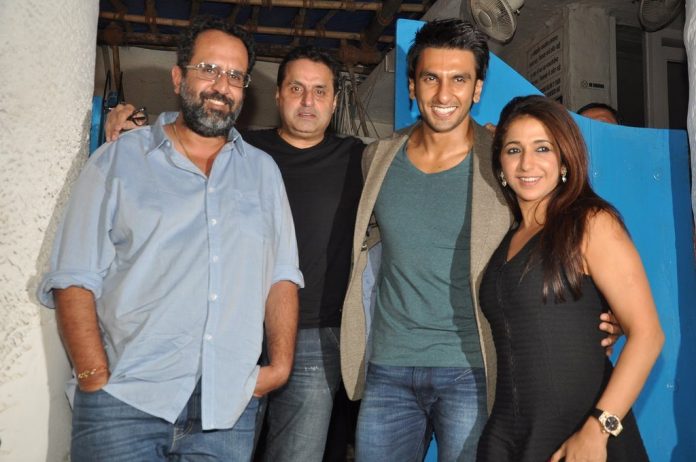 Ranveer Singh and Bajirao Mastani producers get together at Olive restaurant in Mumbai.

Bollywood actor Ranveer Singh was seen at Olive restaurant in Mumbai on September 24, 2014. For the last few days, every time the actor has been seen at an event, he has been wearing really jazzy and coulourful clothes. However, this time the ‘Ram Leela’ actor was seen in casual jeans, t-shirt and a blazer.

Singh was atching up with producer Krishika Lulla and Sunil Lulla. The trio discussed the movie “Bajirao Mastani”. The actor recently finished shooting for the upcoming movie ‘Dil Dhadakne Do’ and is now all set to begin the shoot for the much awaited movie ‘Bajirao Mastani’.

Ranveer will be cast opposite Deepika Padukone in the movie.. The shooting of the movie is expected to begin sometime in October 2014.