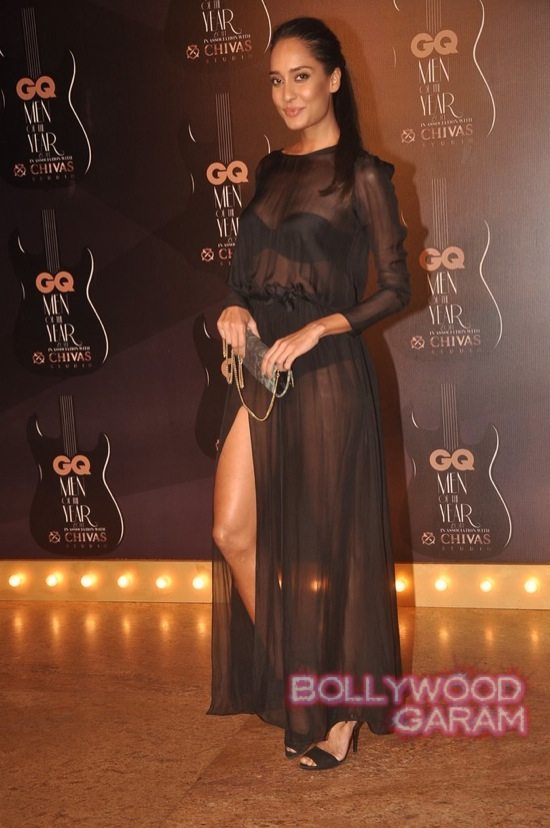 The Indian edition of one of the world’s most coveted men’s monthly magazine – GQ (Gentleman’s Quarterly) – conducted its annual GQ Men Of The Year Awards in Mumbai on September 28, 2014.

Here is a complete photo op diary of the whose who at the stylish soiree.

‘Mary Kom’ actress Priyanka Chopra went for a conservative but elegant look in a black and white printed outfit.

South starlet Shreya Saran opted for the lady in black look and carried it off with style, the side slit added that extra bit of oomph to the look.

Bollywood newbie Surveen Chawla who made her debut opposite Jay Bhanushali with ‘Hate Stories 2’ looked ultra trendy in her flowing dual-toned gown.

Nargis Fakhri took style to the next level wit her unconventional black suit. The shiny shoes paired with a trendy black fedora made for a bold fashion statement.

TV show host and actress Mandira Bedi showed of her effortless style in an off-white gown, if you look closely, the hints of sheer were definitely an eye-catcher.