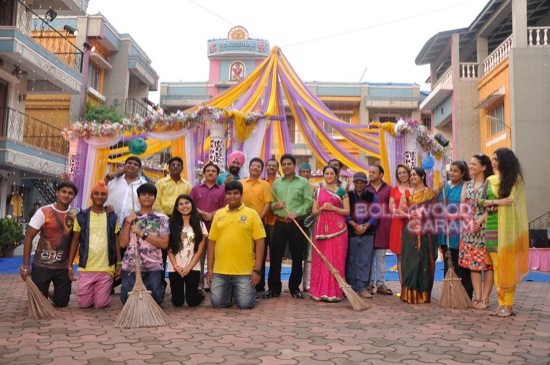 The team of Tarak Mehta ka Ooltah Chashmah accept Clean India challenge given to them by PM Narendra Modi.

The team of ‘Tarak Mehta ka Ooltah Chashmah’ accept the ‘Swachh Bharat’ challenge given to them by Prime Minister Narendra Modi on Thursday, October 2, 2014. The whole team of the show got together to publicly announce their involvement in the social movement that is pioneered by Narendra Modi. The show’s producer Asit Kumar was present along with the cast and crew of the show.

The ‘Swachh Bharat’ campaign launched by Modi seeks to clean India and rid it of all garbage by 2019, the 150th birth anniversary of the father of the nation, Mahatma Gandhi.