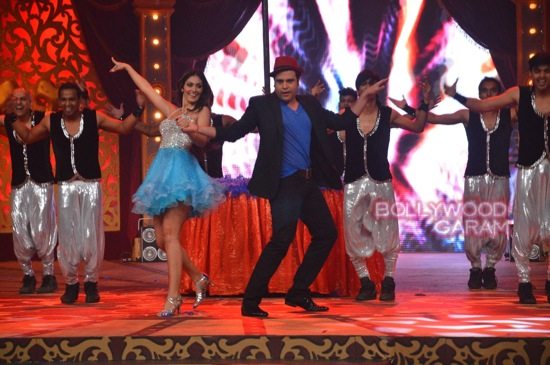 Indian comedians have teamed up once again and launched the show ‘Comedy Classes’ on Life OK channel. Bollywood actor Govinda was present for the opening show along with comedians, Krishna Abhishek, Bharti Singh, Sudesh Lehri and Shakeel Siddiqui.

This time the comedians have come up with a new format to entertain the audience in a different way. The show also saw actress Shweta Tiwari performing on some popular songs. Krishna will be seen as an acting guru, while Bharti will be a seen as a dance instructor.

Shakeel will be seen as an Urdu teacher who can speak just seven sentences from the language.