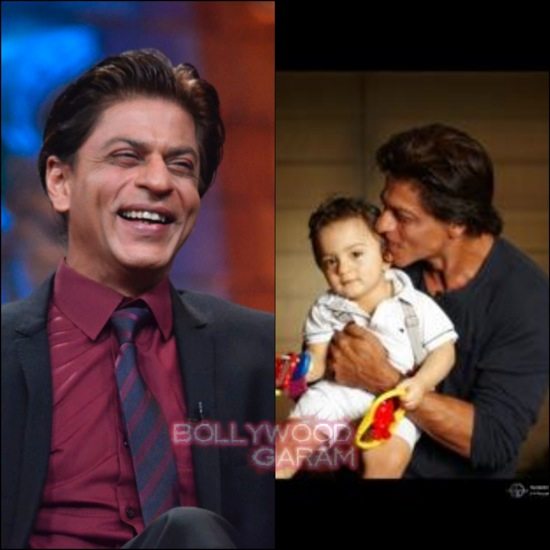 King Khan gave a sneak peek of his son AbRam Khan to fans on Twitter.

After a long wait fans of Bollywood superstar Shah Rukh Khan got to see his son AbRam Khan. The ‘My Name Is Khan’ actor posted an adorable picture of him with the new family member on Eid on October 6, 2014. The actor had earlier hinted that he would soon share AbRam’s picture with the audience.

Shahrukh Tweeted the picture and wrote, “Eid Al Adha Mubarak to everyone. May all have the happiness that life has to offer. The littlest one wishes you too.” AbRam was born on May 21, 2013 through surrogacy. Since then, the actor has been surrounded with questions.

Going by the pictures it seems like the little one is more like his father and will grow up to be a heartthrob in Bollywood. Shah Rukh and wife Gauri already have two children, son Aryan and daughter Suhana. The ‘Om Shanti Om’ actor got married to Gauri in a traditional Hindu ceremony on October 23, 1991, after which they moved to Mumbai.

Shah Rukh’s children follow both Islam as well as Hindu religion at home, where the Quran is kept next to Hindu deities. The actor’s elder sister Shehnaz also lives with them at their residence Mannat in Mumbai.