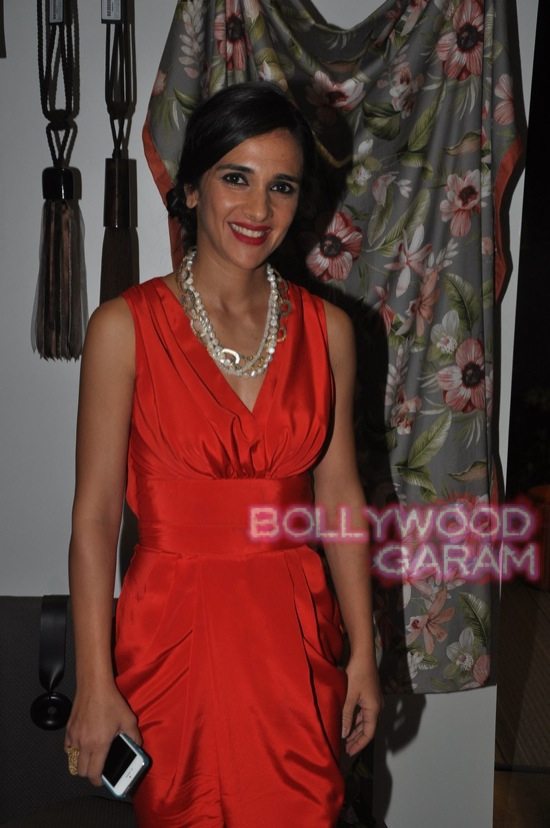 Bollywood actress Tara Sharma attended the launch event of the D’Decor store in Bandra in Mumbai on October 10, 2014. Tara for the event looked fabulous in a red outfit.

Tara Sharma made her debut in Bollywood with the movie ‘Om Jai Jagdish’ and has also appeared in the movie ‘Khosla Ka Ghosla’ and ‘Page 3’. The actress was last seen in the movie ‘10 ml Love’ in which she played the role of Shweta in 2012.

The actress got married to an ad film producer with whom she has two sons Zen and Kai after which she started her own show ‘The Tara Sharma Show’ on parenting.