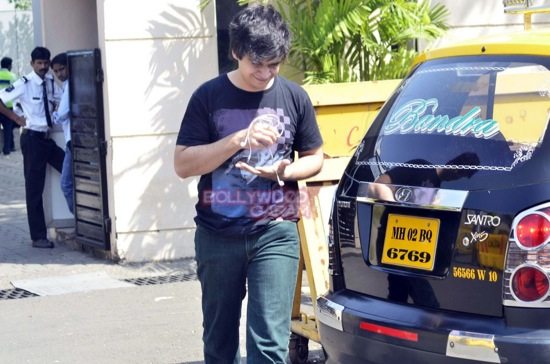 Bollywood actor Vivaan Shah, who is all set to be seen in the upcoming movie ‘Happy New Year’, was seen at the airport as he left for Ahmedabad on October 12, 2014. The son of Naseeruddin Shah was seen arriving in a cab at the airport where the entire team of HNY was preparing to depart.

The makers of the movie have geared up for promotions and have just returned from the US from their SLAM tour. The movie stars Shah Rukh Khan, Deepika Padukone, Boman Irani, Sonu Sood and Abhishek Bachchan.

The story of the movie is about the journey about a set of losers. The movie is directed by Farah Khan and will soon hit the theaters this Diwali on October 24, 2014.